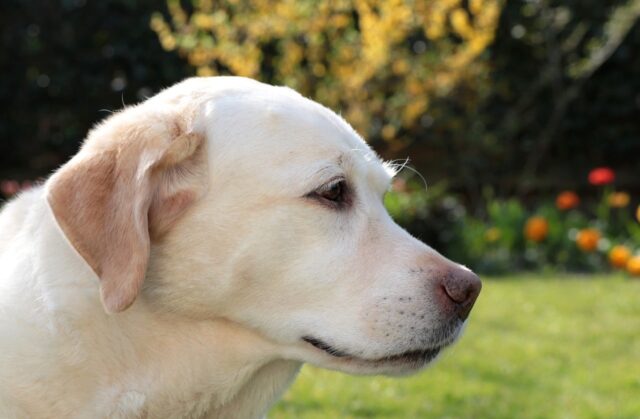 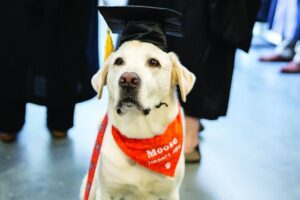 Make way for the newest – and cutest –  Ph.D. holder you will ever meet!

This is Moose, an eight-year-old Labrador retriever who served at the Virginia Tech’s Cook Counseling Center as a therapy dog. He has worked alongside the facility students and has been granted by the Virginia-Maryland College of Veterinary Medicine with an honorary degree. The award was bestowed upon him via a virtual ceremony last October.

This accomplished pooch assisted in student counseling sessions together with his owner Trent Davis who is also a licensed counselor. According to Davis, therapy dogs are helpful in sessions because of the comfort and sense of security that they provide. He said that some humans have don’t always have the best encounters with other human beings, so dogs give grounding and a feeling of safety.

Moose also underwent a tough time in his life in February this year when he was diagnosed with prostate cancer. He sought treatment at the College of Veterinary Medicine, based on a press release from Virginia Tech. After his recuperation, he’s back and kicking with Derek, Carson, and Wagner—his fellow therapy dogs. 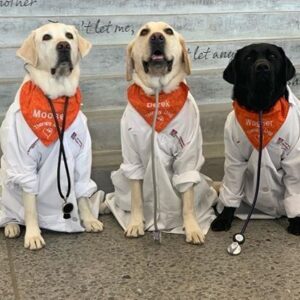 His story gets more touching. On his online bio, it is stated that he began his life at New York’s Guiding Eyes for the Blind, but he was unable to become a guide dog because of a minor medical condition. Davis adopted him, and Moose eventually kicked off his career as a therapy dog. Last year, the Virginia Veterinary Medical Association honored him as 2019’s “animal hero.” Now that’s a very, very good boy! 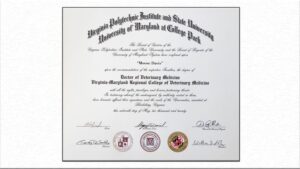 Aside from earning a diploma and getting recognitions here and there, this lovable fluff ball enjoys swimming, tug-of-war games, and of course, eating.

Maybe we’ll meet Moose one day, and he can teach us a thing or two about how to best boy ever!