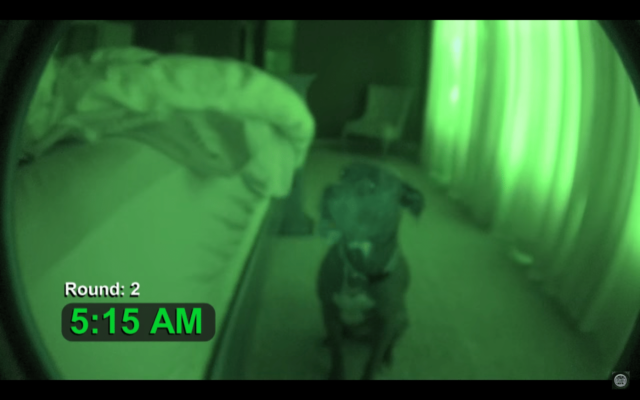 Alarm clocks are probably one of the best inventions humans have ever produced — until someone has thought of equipping it with a ‘snooze’ feature. Yes, we’re all guilty of overusing this feature (like a hundred times in the morning), so we can enjoy a few more minutes in our comfy bed. And the next thing we know, those few more minutes have already turned into hours.

But one pet owner was lucky enough to have a living (and barking) alarm clock that loyally wakes him every single morning, and it’s his Pit Bull named Grey. But there’s a catch — Grey the pitbull dog also has a snooze feature! 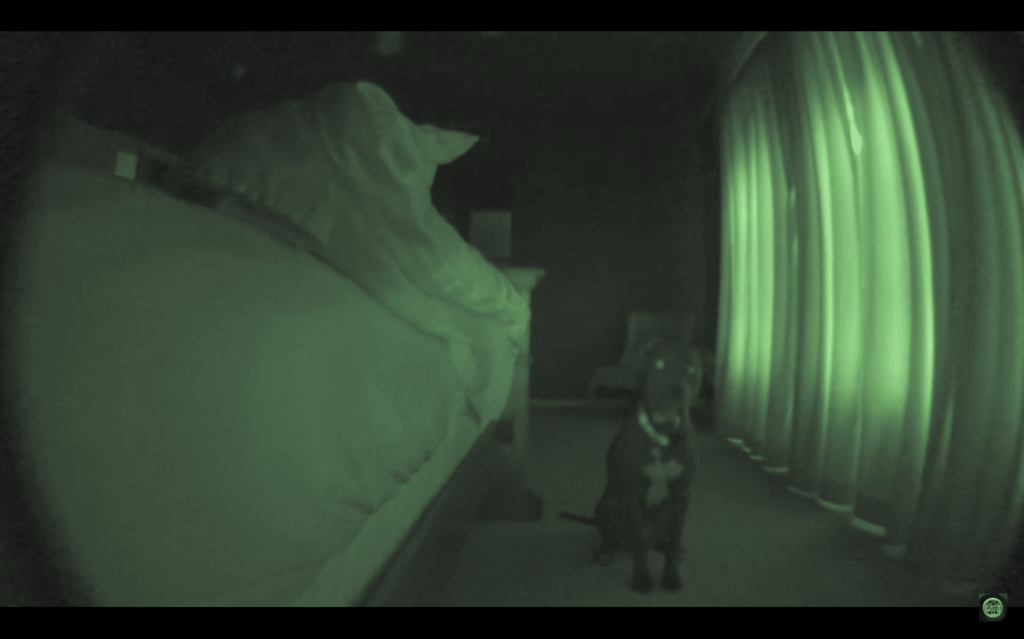 Actually, the human dad of Grey didn’t intend to make her his barking alarm clock. It was really the habit of this clingy dog to ask for his owner’s attention first thing in the morning.

While nobody wants to disrupt them in their sleep, this dad is amused rather than annoyed that his beloved Pit Bull always does this every single day.

Wanting to share the amusing thing that happens every day in his bedroom, the dad set up a camera in his bedroom and set it in night shot to capture his bulldog’s favorite habit. And the video footage turned out to be hilarious. 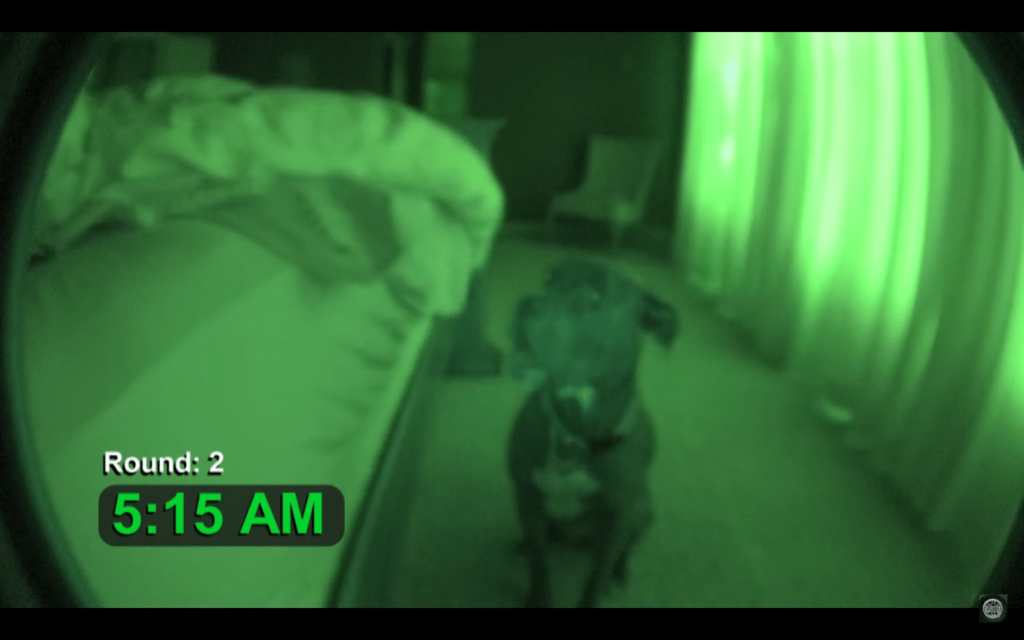 In the video, Grey can be seen walking towards her dad’s bed at 4:57 a.m to wake him up and ask for his attention. Unfortunately, the dad is just too sleepy to even get out of his bed and gently asked the dog to go back to her bed and give him a few more minutes. The obedient pitbull agreed and quietly returned to her bed.

But Grey took the “few more minutes” literally and returned to his dad at 5:15 a.m! His dad was still obviously sleepy at that time, and ‘Ms. Early Riser’ was gently turned down again and was asked to return to her bed again.

And at 5:35 a.m, Grey returned again, but this time, it appeared that his dad “gave up” with her persistence and said, “Okay, you got me,” and finally woke up. At this moment, viewers can see the dad’s other dog in the video footage, which, unlike the clingy Grey, quietly stares at the window and doesn’t bother his owner.

Grey’s hilarious video earned a lot of positive comments, and a lot of fellow dog owners can relate to this situation. By sharing this amusing footage with the world, it seems that a ‘snooze feature’ in a dog is not that bad after all.