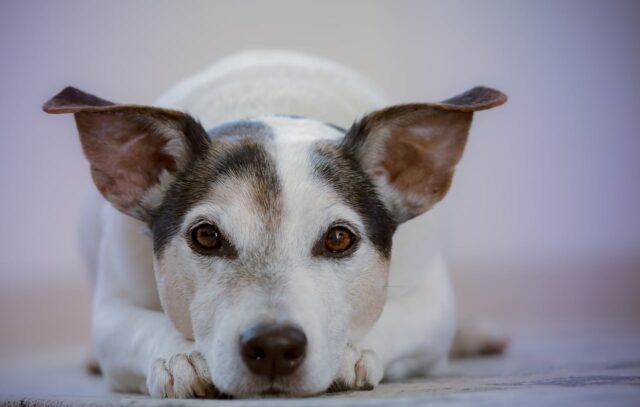 Children can do things, and that is unexpectedly heartwarming. Without overthinking, they do things from their heart. That’s what a four-year-old named Alex did for a dog named Toby.

Alex was visiting his grandmother one day and decided to spend some time with her dog, Toby. Toby was lying on the couch comfortably. Alex might have thought that the canine was sleepy and decided to help him out.

Alex, all of a sudden he started to sing him a lullaby. Toby was blind and about 90% deaf, but he listened to the boy’s voice. Toby seemed to understand what Alex was trying to do, so he listened on.

It was a very touching moment as Alex sang his piece. He sang such a beautiful song that his grandmother asked him where he learned it from. Alex had learned the song from his mom because that’s what she sings to him. It was such a touching and heartfelt moment, and Toby felt it too.

The song Alex learned was an effective lullaby because Toby ended up dozing off. Alex was successful in helping the canine go to sleep. Alex’s grandmother was very thankful for him and for lending Toby a hand.

One can tell that Alex’s grandmother adores him and everything that he does. She recorded the whole thing because she was very proud of what her grandson did for her dog.

Her senior and disabled dog, Toby, deserved such a beautiful song. She is glad that she got it from her beloved grandson. This is just one of those moments where an innocent child does a kind act for an animal. There is something about a child’s innocence that makes their actions more special.

No one can deny that there’s something extraordinary between the bond of a child and a dog. This short moment between Alex and Toby proves that.