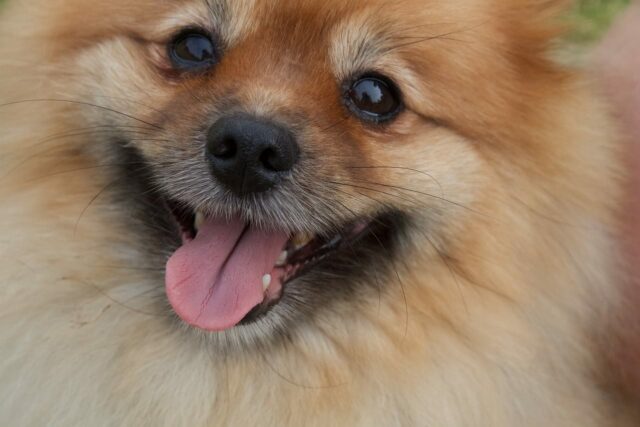 Because of his wide mega-watt smile, a 9-year old Pomeranian from Kettering, Ohio, was catapulted to instant internet fame. 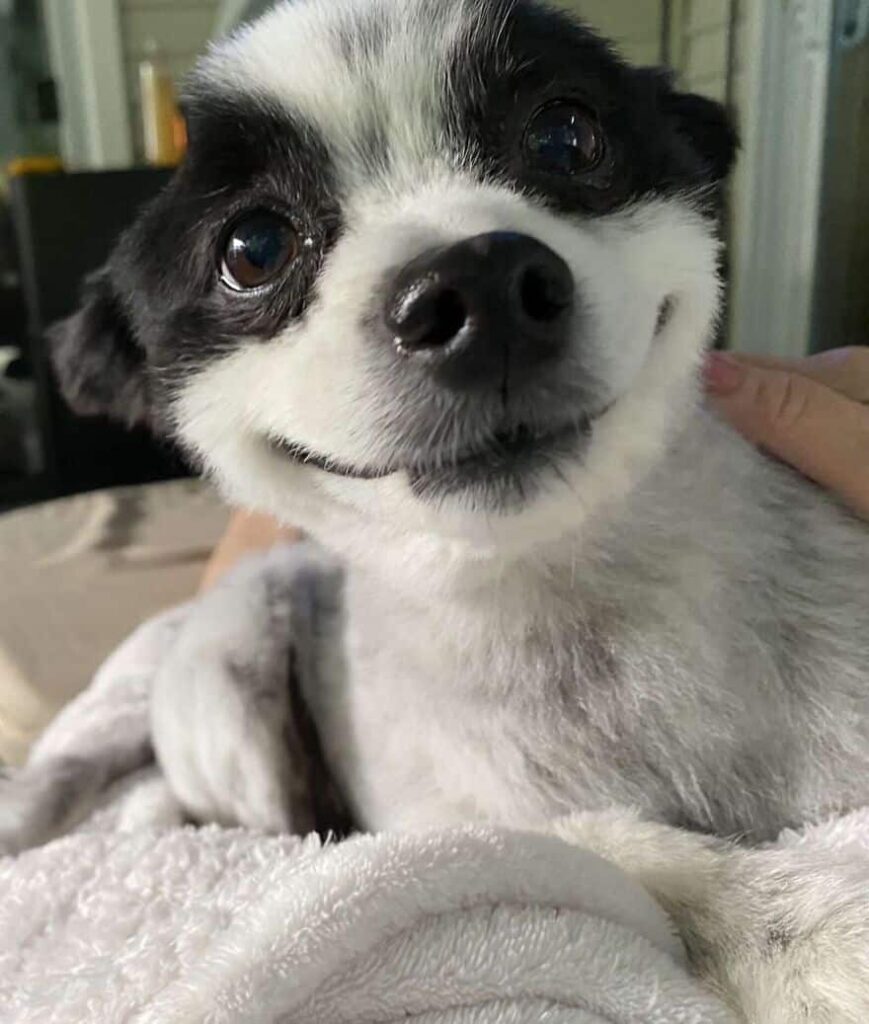 Chevy, the pup with the winning grin, won the hearts of everyone online. And just like his winsome smile, this canine’s playful personality made him all the more delightful and lovable. He rarely had bad days, choosing to live his life as happy and carefree as he could.

His mom, Tina Marcum Denlinger, revealed how her dog loves to celebrate every little thing in his life. Whether a walk around the block or mealtimes, Chevy relished each moment with such gusto and joy. 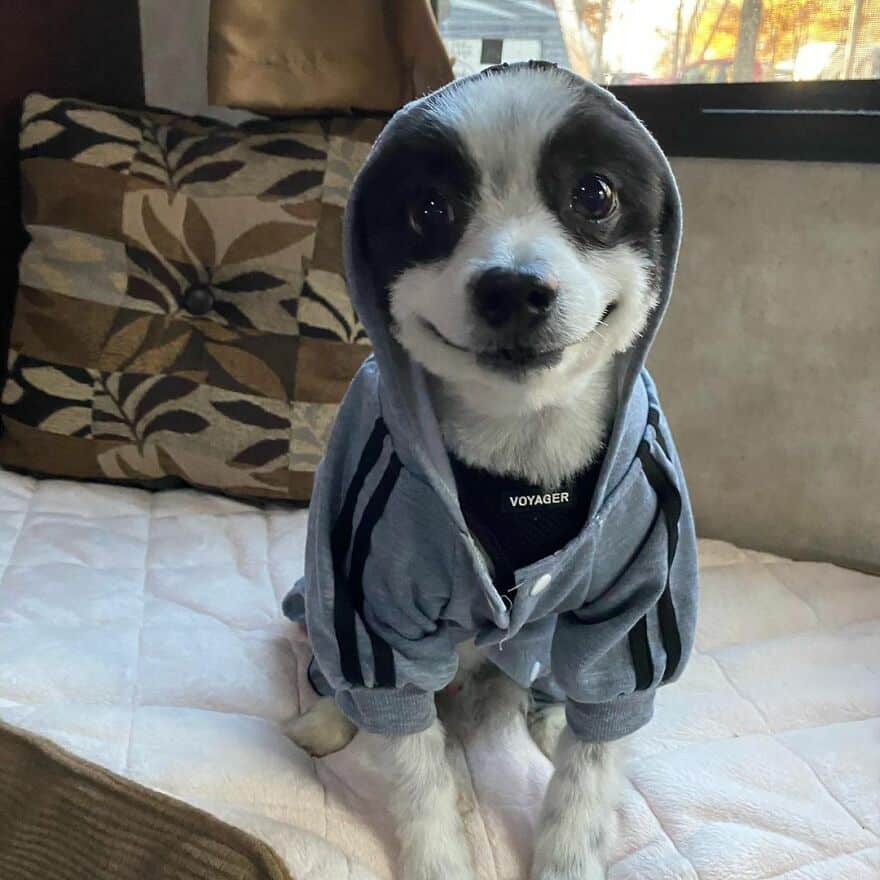 He is one happy pupper!

A newspaper ad led Chevy to be adopted by his parents. They looked for another dog to join their family and found this pup’s photo in the paper. The couple promptly fell in love and immediately made arrangements to bring the sweet Pomeranian home. 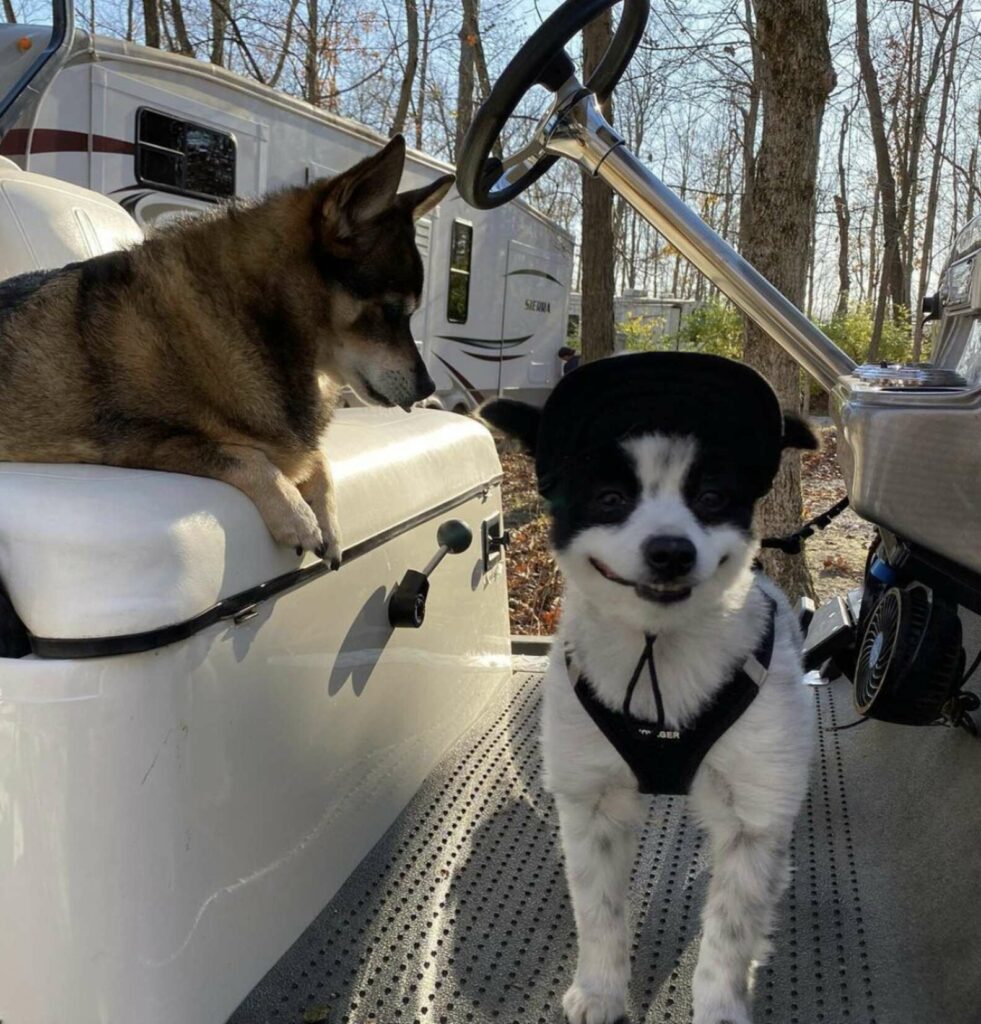 Chevy loved going on adventures with his parents. They would often go hiking and camping, with the tiny pup scanning and surveying their environment while positioned on the front seat of his parents’ golf cart. To add to this endearing dog’s charm, he always wore his stylish little doggy hat for added protection against the sun.

Tina shared how everybody in the camping grounds knew and loved Chevy. People assumed he was still a puppy because of his upbeat and happy-go-lucky attitude. His parents were always amused whenever he did his ‘spin dry’ routine, where he would spin around in circles to indicate he wanted something. 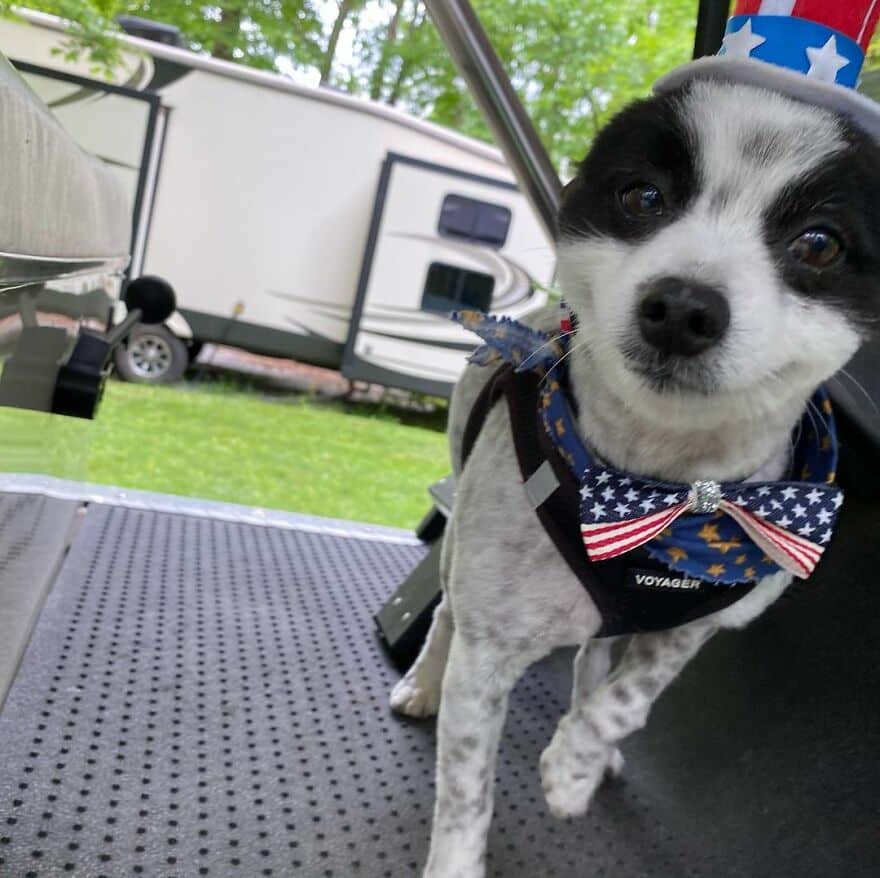 Sometimes it also rained on this cheery pup’s parade. Whenever Chevy was under the weather or generally felt uncomfortable and out of sorts, a frown marred his once-happy face. Luckily, a couple of known quick fixes were either to show his leash or food, and everything was back to normal again.

Chevy’s lovely smile has inspired thousands and continued to spread happiness to everyone who saw him, both online and on the street. And Tina suspected her furry baby knew what he was doing.