Birthdays are a big deal for everyone. During this occasion, both humans and dogs anticipate nice food, visitors, and gifts. Birthdays, however, do not always mean receiving gifts, as some people believe.

Pearl, a Dachshund, is the perfect example. Instead of the usual receiving gifts on her birthday, she decided to actually give back to her neighborhood on her special day.

The dog’s birthday celebration took place at the Carnegie Dog Park in Pennsylvania. Instead of throwing the usual celebration with gifts and snacks, she decided to organize a dog food drive as an alternative. She was able to raise a lot of money for Animal Friends, a local humane charity.

Members of Pearl’s family, Brian and Andrew, coordinated the food drive, which has become a yearly event for them. Furthermore, the amount of money they receive is tremendous!

However, because of the current Coronavirus pandemic, this year’s event has become slightly more difficult to pull off. But that didn’t deter them from doing this, not when Pearl deserved the finest birthday possible.

The program has been modified as they opted to conduct a drive-by collection instead. This was to ensure that donations were dropped off from a safe distance by family and friends and people who wanted to help out.

Thankfully, the event went down without a hitch, despite the changes that were made. In fact, Pearl was still able to raise a significant number of supplies for canines in need.

Pearl was photographed with all of the goods gathered. However, because of the large number of donations, the cute canine is so small that you would hardly notice her.

Pearl’s birthday contribution drive has become a yearly event for her. But she isn’t the only one attempting to aid canines in need. Several photographs of canines and humans contributing things on their special days have also been published and can be found on the internet. After all, birthdays aren’t only about celebrating one’s own birthday.

Now is the perfect time to help others. 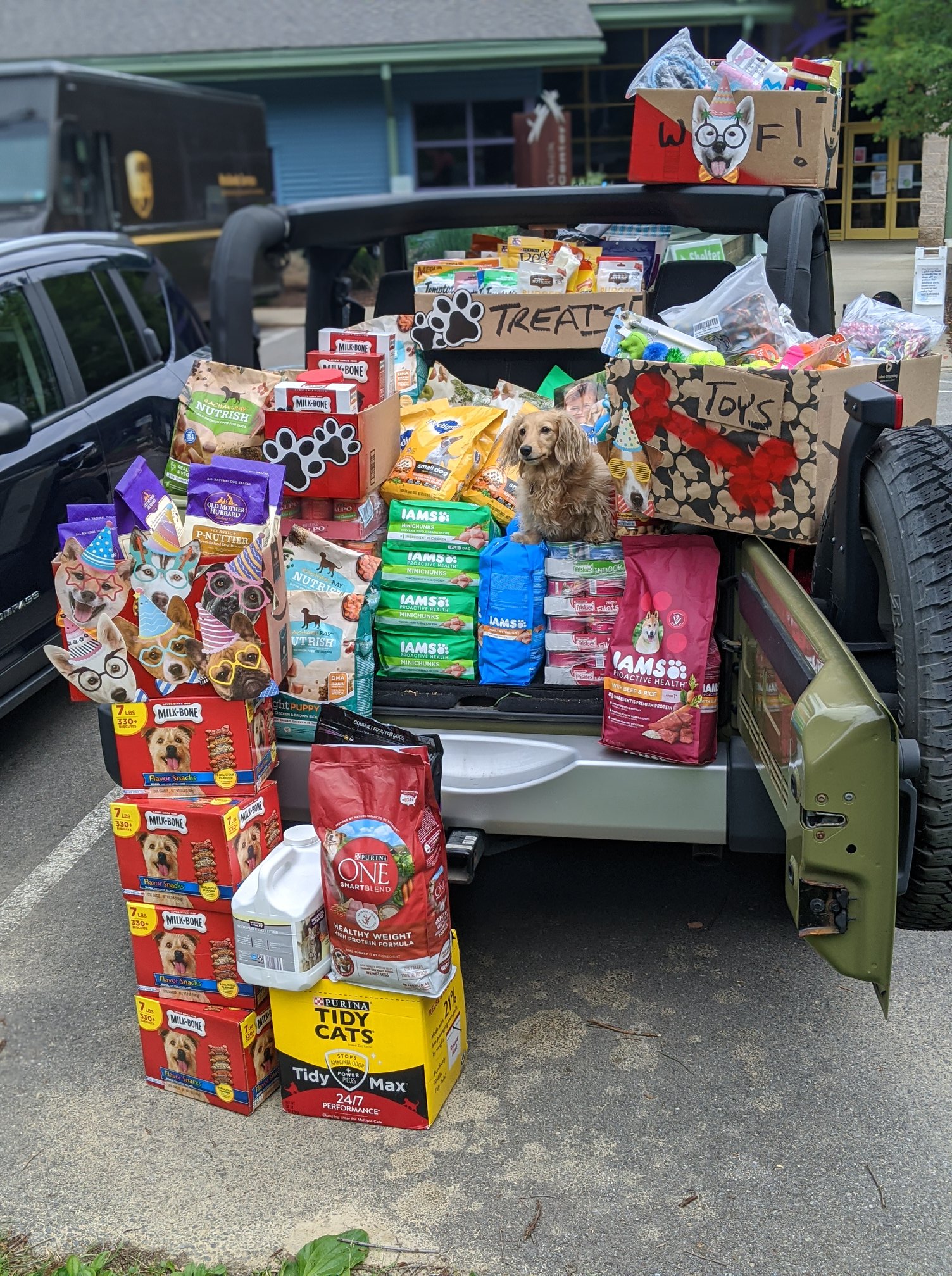