Home Cool Cute Dogs A Dog Rescued By A Good Samaritan After Getting Stuck On Elevators... 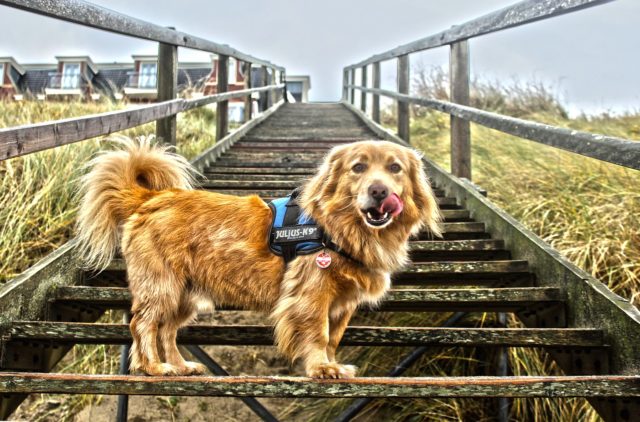 A kind-hearted man managed to save a dog from getting stuck in the apartment elevator’s door.

The incident inside the elevator

The rescuer, Johnny Mathias, was off duty after completing his daily tasks and was ready to go home. After arriving at the residential apartment, he parked his car downstairs and headed to his house.

Coincidentally, as Johny exited the elevator,  a lady with her dog got inside at that moment. Unfortunately, the dog’s leash got stuck in the elevator doors without the owner noticing it.

The dog had a long leash, and Johnny couldn’t imagine it getting stuck in the elevator’s door. However, when Johnny spotted the dog’s owner had left without the dog, he decided to go back and check the dog.

Johnny noticed that the poor dog didn’t make it to the elevator. Thus, he tried to call the owner, but all was in vain.

Immediately, Johnny grabbed the dog’s leash and pulled it out from the elevator door to rescue the dog. At first, Johnny struggled to remove the rope that gripped the elevator’s lever joint. At last, he managed to loosen the joint and pulled out the leash.

The dog’s owner thought that the dog was no more, and she desperately cried inside the elevator.

Surprisingly, when the dog’s owner went back to the ground floor, only to find that her dog was with the rescuer. The owner looked a bit upset, but again grateful and overwhelmed at the moment.

The dog’s owner went back to the apartment after getting her dog. Since the incident, Johnny hadn’t seen them again and wondered if they were okay.

Johnny informed the leasing officers about the incident, and they couldn’t believe their eyes after watching the recorded video of the dog’s rescue event.

After all, Johnny’s happiness was that he helped to rescue the dog from danger.

Watch the chilling video of the incident below.