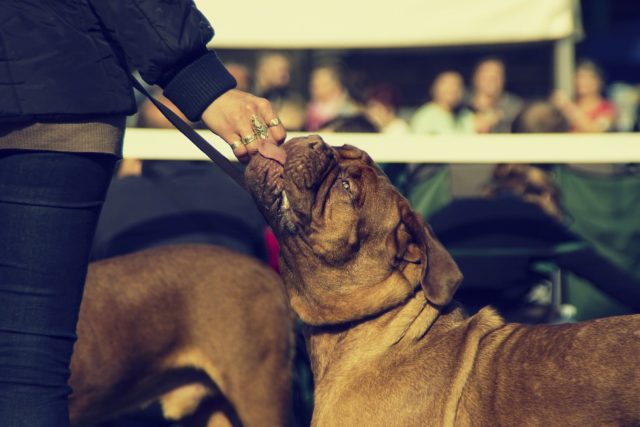 Conan O’Brien is a funny guy. His impressive career as a late night talk show host is a testament to that fact. Yes, the dude’s sense of humor cannot be contested.

You know what to expect when you watch Conan. There are those incisively funny political commentaries. As well as those riotous interviews.

But, sometimes, Conan does something out of the ordinary. The show dishes out surreal segments that you can’t help but LOL to. They are simple ideas turned into brilliant comedic executions.

Consider one recent gag from the Conan team. The host declares war against bearded guys in the studio. He asked for them to be replaced with dogs.

The result is a gag that was equally cute and hilarious. Watch the gag unfold on this video:

Well, we don’t know why team Conan did not serve this gag sooner. We don’t know why we had to wait countless seasons for this hilarious segment to come into fruition. But now that it’s been done, we can only be grateful to Conan O’Brien and his team.

And it was not just some random gag, too. It actually had a scientific basis. Conan asked for bearded guys to be exiled from the studio and replaced with dogs because according to a study conducted by scientists from Switzerland, there are more germs in guys’ beards than there are germs in the fur of dogs.

This scientific data was the whole jumpoff point of the segment. Conan and his team successfully turned an otherwise boring fact into a comedic affair. And we could not help but drown ourselves in laughter.

Thankfully Conan did not discriminate. His sudden no-bearded guys in the studio rule covered even those from his crew, such as cameramen. And they picked the cutest dogs to replace those bearded guys, too.

Thanks to Team Coco