Home Cool Cute Dogs White Dog Surprises Mom When It Plopped In A Puddle, And This... 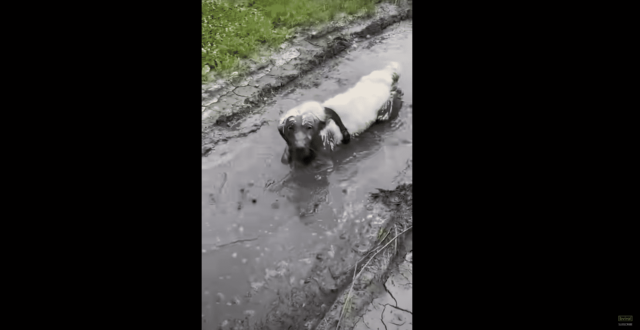 Dogs are experts at seeking adventures. They’re not choosy, and they certainly don’t have a long list of requirements to have fun. This white dog proves it in this story.

This pet was out with its mom for a walk when they passed by a puddle. It was a hot day, so naturally, the doggo wanted to have fun in it. 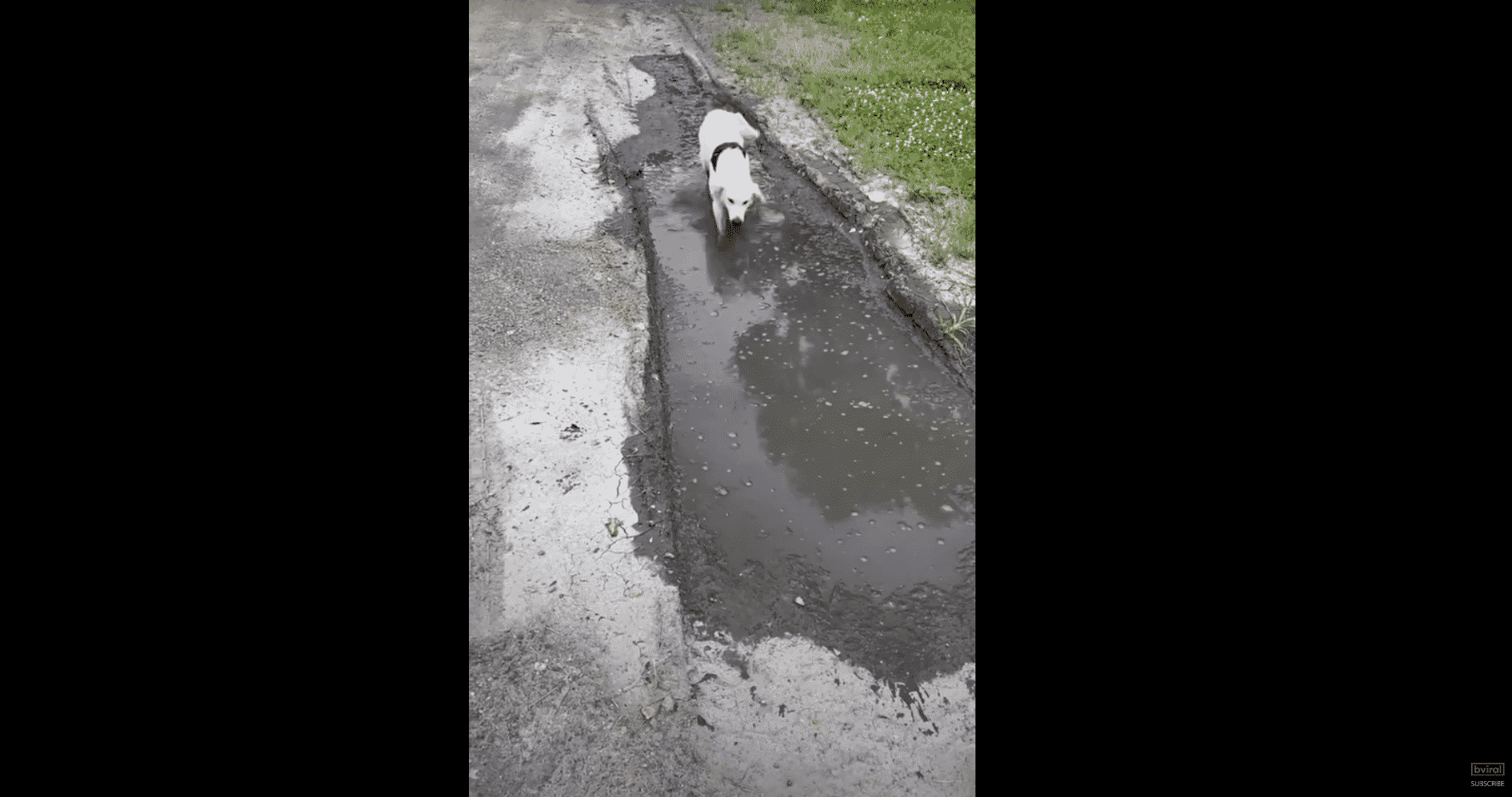 The water in the puddle was black as night, but that didn’t stop this furry rascal from going in for the full experience. Fortunately for this pet, mom was game. She even filmed her doggo going in.

This pet owner was in for a surprise, and she couldn’t do anything but gasp at what her dog did next. The white-coated pet quickly plopped its body down into the puddle. 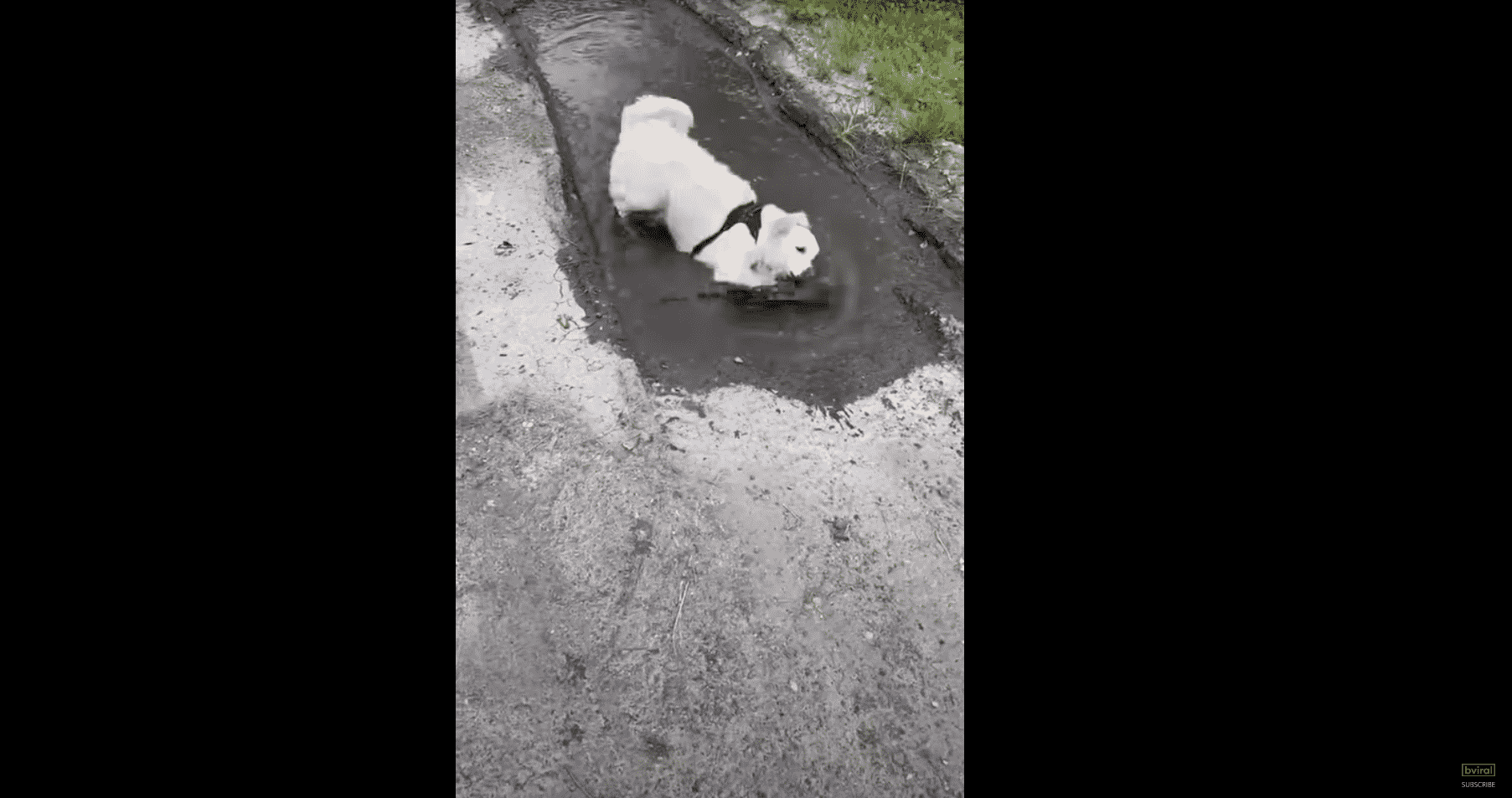 This hooman probably thought her dog was only going to dip its paws in, so the rascal’s actions got her by surprise. We know she thought about the mess that would happen later during bathtime.

Her adorable white-coated dog left the house all pristine looking, and then it had to sink into that dark puddle. Now her pet looked like a huge skunk, and she found it too hilarious. 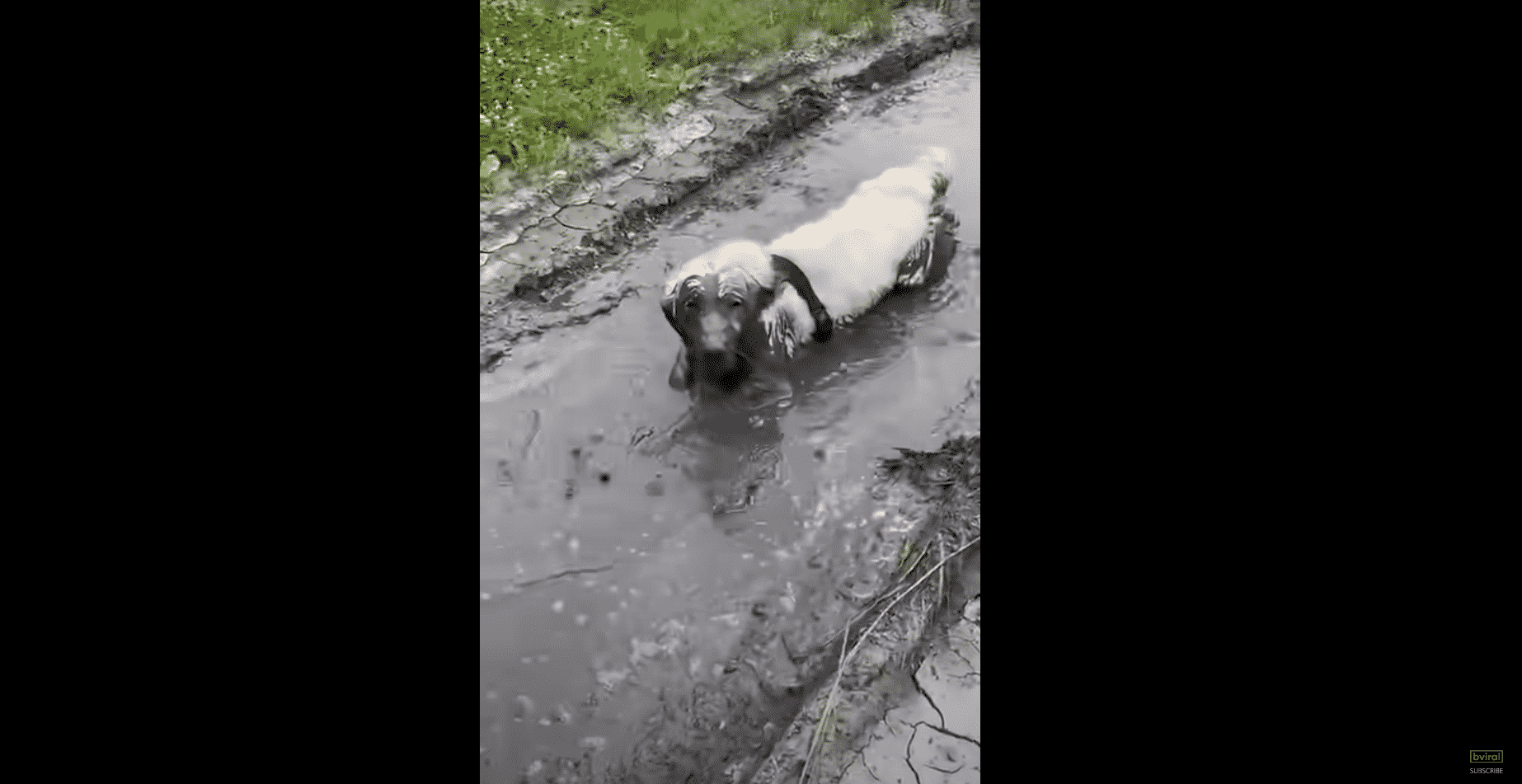 We’re digging this mom’s attitude despite the circumstances. She could have easily gotten upset because she’d be cleaning up later, but she chose to see the humor in it.

The furry hooligan was encouraged by its mom’s laughter, making the pet tap on the murky puddle with its paws. The dog’s face was half-white, half puddle. 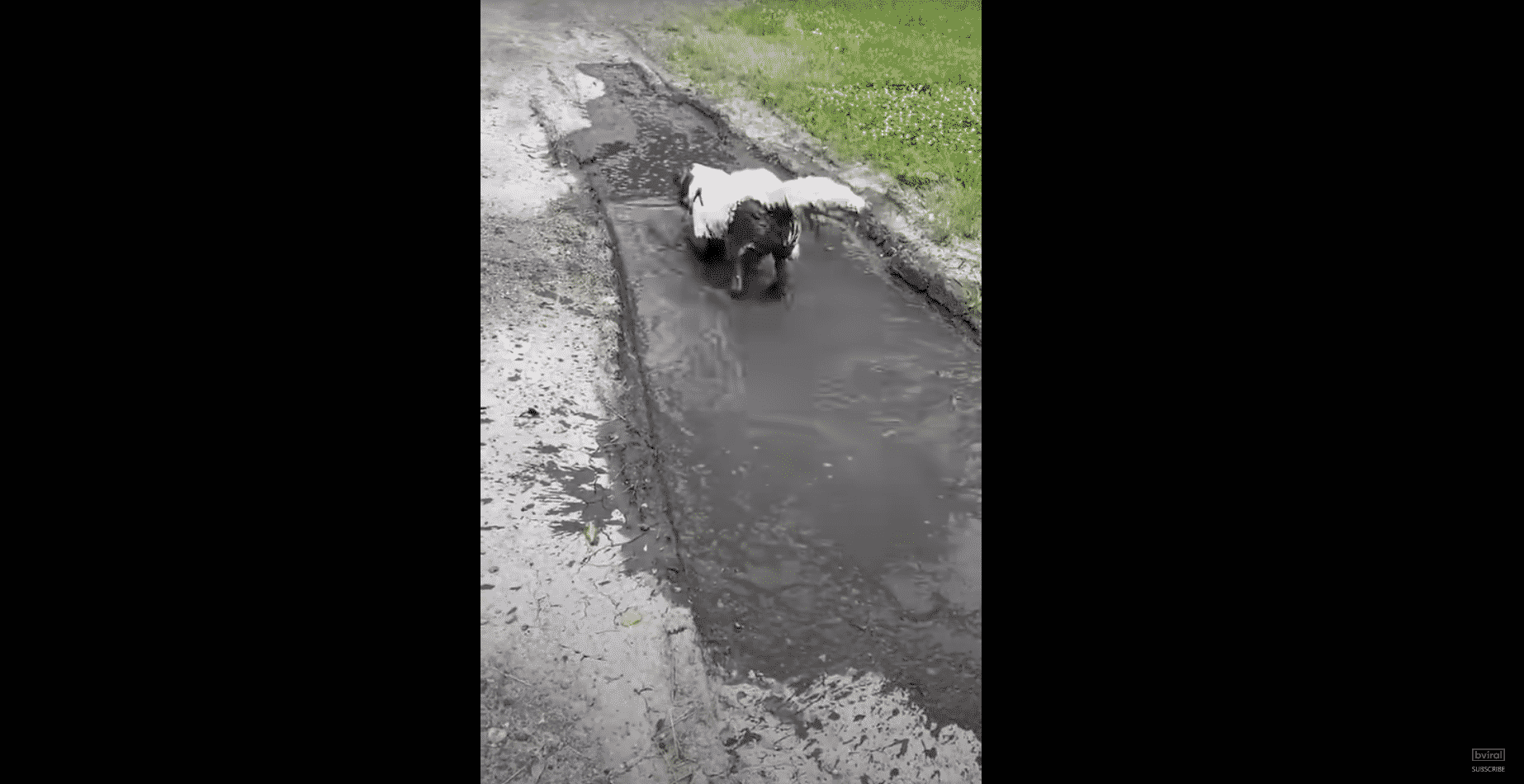 We could tell this canine had fun that day, and its mom did too. Despite the massive clean-up that followed soon after, we’re glad these two had one of the most memorable walks of their lives.

Mad props to you for seeing the fun in all of these, mom. Do share more in the future!