Home Cool Cute Dogs Watch This Bulldog Ride Like The Wind On His Skateboard Without Any... 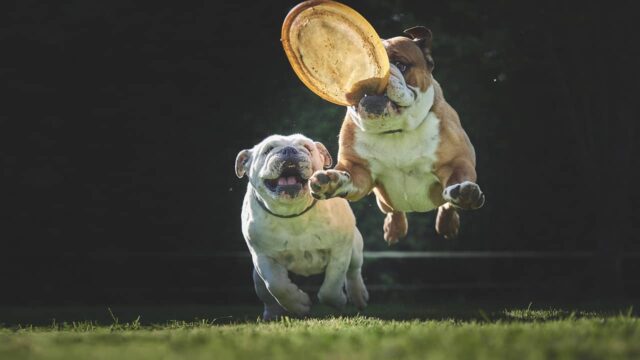 When a dog becomes obsessed with an activity or item, it’s hard not to notice. If a dog is obsessing over an item, they will take it everywhere they go. When anyone attempts to take it away from them, they’ll make a fuss over it. This is what happened to a dog named Chowder, who became obsessed with skateboards.

Chowder’s obsession started when he was taking a stroll on the beach with his owner. They saw a kid who was riding a skimboard, and the dog wanted to try it. Before the owner realized it, Chowder was riding the board across the water.

His owner, Jami, wondered if a skateboard would satisfy him as much as the skimboard. When she got him an old skateboard, he immediately got on it. Chowder rode across the driveway without a care in the world. Jami eventually bought a custom skateboard that would be easier to use for a dog.

Chowder has owned several skateboards ever since starting his hobby. Within a year, he became so adept at riding that he didn’t need any assistance. The dog knew how to balance himself and make crucial turns when needed. There’s even a video montage of him riding on different skateboards.

The bulldog doesn’t want to do anything else except ride his skateboard. Every time he has to go home, he would often protest by grabbing the board like his life was on the line. When he’s at home, he will stand near the door waiting for the next skateboarding session.

Jami wished that her dog was more of a cuddler. However, she is still happy that her dog has something he loves doing. Chowder is cute in his own way despite his obsessive behavior. As long as he’s happy, Jami is happy too.