Home Cool Dog Stories This Woman Slept On The Kitchen Floor So She Can Make This... 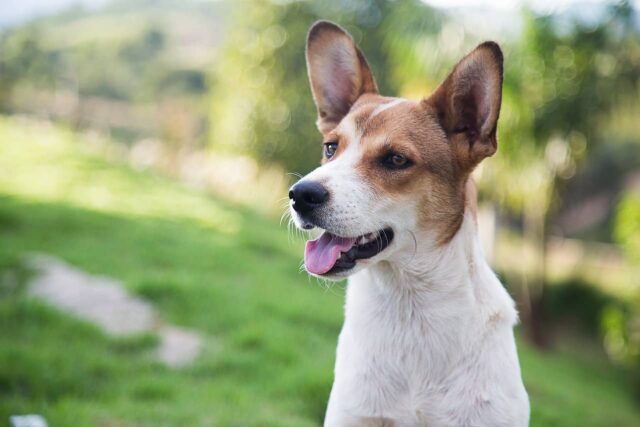 Dogs who have anxiety issues are often skipped by potential adopters. However, they deserve a chance at a happy life, just like any other dog. That’s why certain people have dedicated a portion of their life to helping scared dogs become better.

Shira Scott Astrof is an animal rescuer who specializes in helping traumatized dogs. She’s helped hundreds of dogs recover from fear and anxiety. Her passion has made it possible for seemingly unadoptable dogs to find good homes.

Recently, Shira fostered a dog named Donnie, who was extremely afraid of people. Getting him out of the animal shelter was a chore. It took several hours before she was finally able to bring him home.

When Donnie arrived at Shira’s home, he was afraid of everything. He picked a spot on the kitchen floor and stayed there for a long time. Not moving from one spot is a common habit of anxious dogs.

Shira made his favorite spot a comfort zone by providing him blankets and beds. She even went as far as to sleep on the same floor so the dog would feel more at home. This method worked, and soon he started to decompress.

As much as Shira wanted to continue fostering Donnie, she had other dogs to foster. That’s why she asked a friend of hers to take care of Donnie instead. Shira’s friend named Nikki became an incredible foster parent for Donnie.

Eventually, Donnie’s personality came out, and he became more comfortable around people. He successfully got adopted and is now living with another dog. Shira and Nikki’s efforts bore fruit.

Shira has been helping dogs come out of their shell for 10 years. Every dog has their story, and she’s proud to be a part of those stories. Just like Donnie, more anxious dogs will come into Shira’s home and transform into lovable pets.