Home Cool Dog Stories This School Held A Fundraising Event For The Sake Of Several Stray... 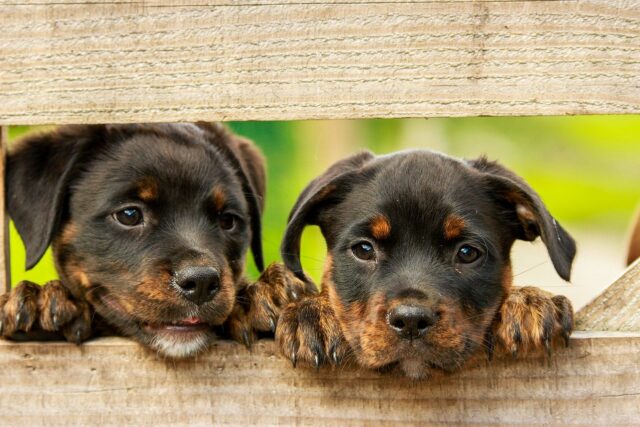 Many people are willing to do good things for stray dogs. One example is when a school in South Korea held a fundraising event for two dogs named Choco and Cookie. The students involved in the event sold items, and some of their earnings went towards dog food and other supplies.

Choco and Cookie were discovered behind the school. They were found by the principal inside a vinyl greenhouse. When he saw that there were also puppies inside the greenhouse, he figured out they were abandoned.

The two dogs are often visited by students. Choco and Cookie would happily go on walks with whoever was there to visit them. The students also make sure that the dogs have enough food and that their enclosure is clean.

Sometimes Choco would excessively bark when people get near the enclosure. Fortunately, the students understand that the dog is just being protective of her puppies. These dogs are very lucky to have kind students looking after them.

One of the students who showed exceptional compassion towards the dogs is Doyoon. She frequently visits them. She has also donated the most amount of money towards their welfare. This girl went as far as telling her mother she wanted to adopt Choco’s puppies.

Doyoon’s mother was surprised by her daughter’s declaration. They already have a dog at home, so bringing another one means added responsibility. Before letting Doyoon make any decision, the mother went to the school to see the puppies herself.

Doyoon’s mother was also enthralled with how the puppies looked. At this point, the family might end up adopting the puppies after all. However, before that happens, Doyoon must learn the responsibilities that come with dog ownership.

Doyoon and a few other kids were educated about how to raise and take care of a dog. Further documentation about that event can be found on SBS TV’s YouTube channel. Find out whether Doyoon got the chance to adopt the puppies by viewing the source below.