Home Cool Dog Stories Ridiculously Fat Dog Is Now A “Fitspiration” After Losing Half of Her... 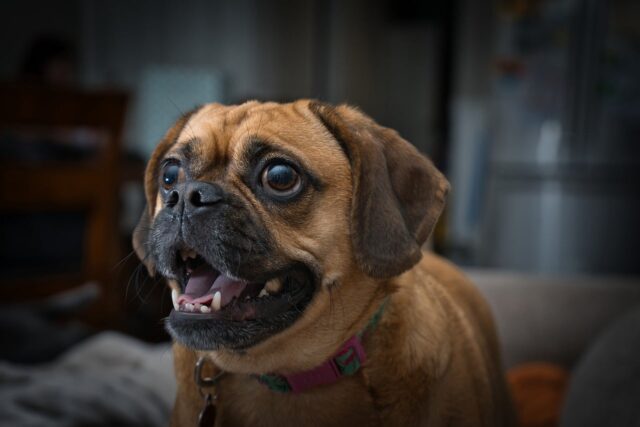 Bertha, an adorable puggle, amassed so much unhealthy weight that she became obese. But thanks to the love and support of her foster mom, Bertha is on her way to becoming a “fitspiration.”

Meredith Wille, an expert canine fitness and rehabilitation trainer, first saw Bertha in 2019. At the time, Bertha was ridiculously fat at 60 pounds. Meredith knew that with her knowledge and experience, she could give Bertha a healthier life. 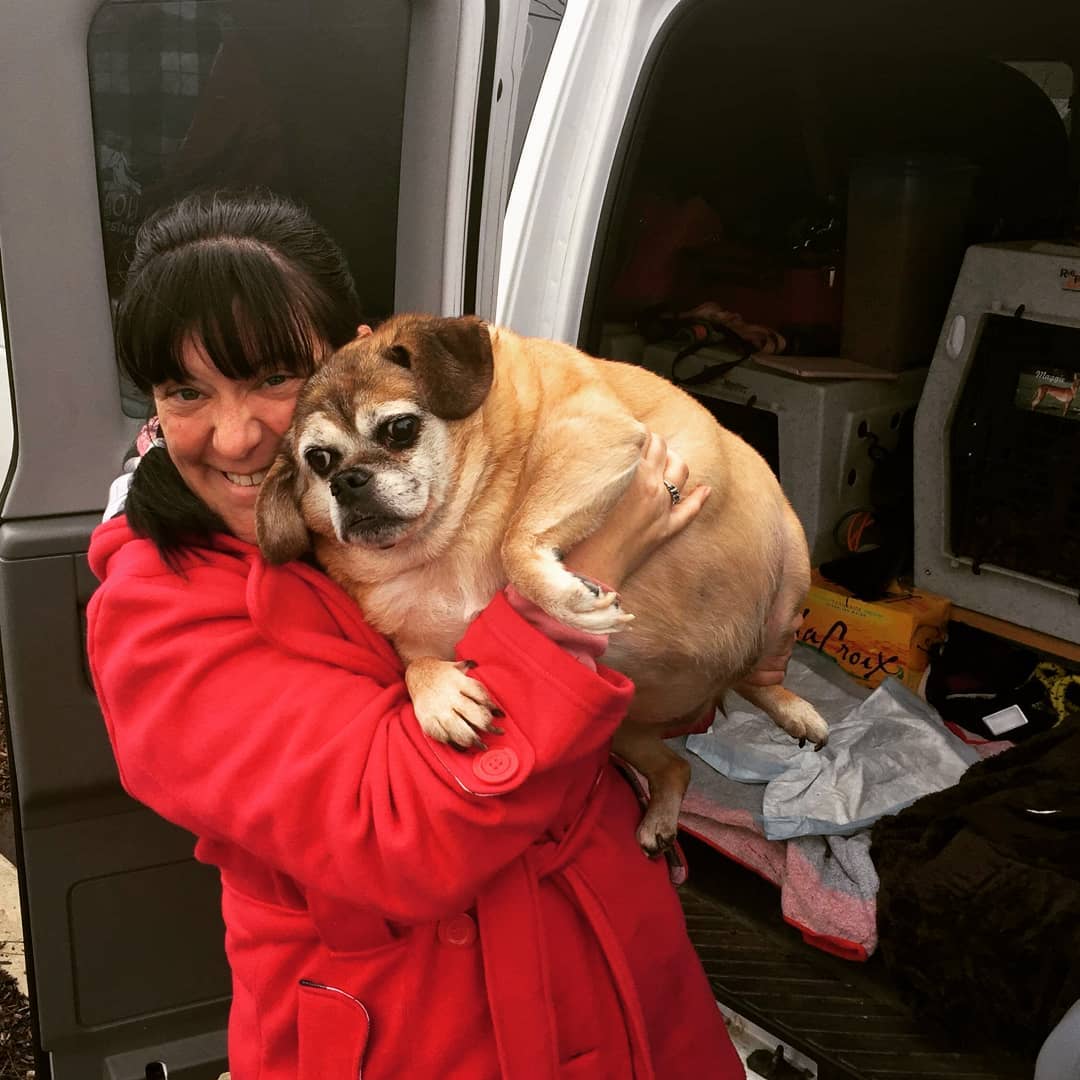 Meredith wasted no time and quickly reached out to Stark County Humane Society in Ohio and asked if she could foster the dog. Along with her offer to provide foster care, Meredith also proposed to put Bertha in a rehabilitation program, free of charge.

Fortunately, the shelter said yes to Meredith’s offer. After a few days, Bertha found herself inside Meredith’s household. 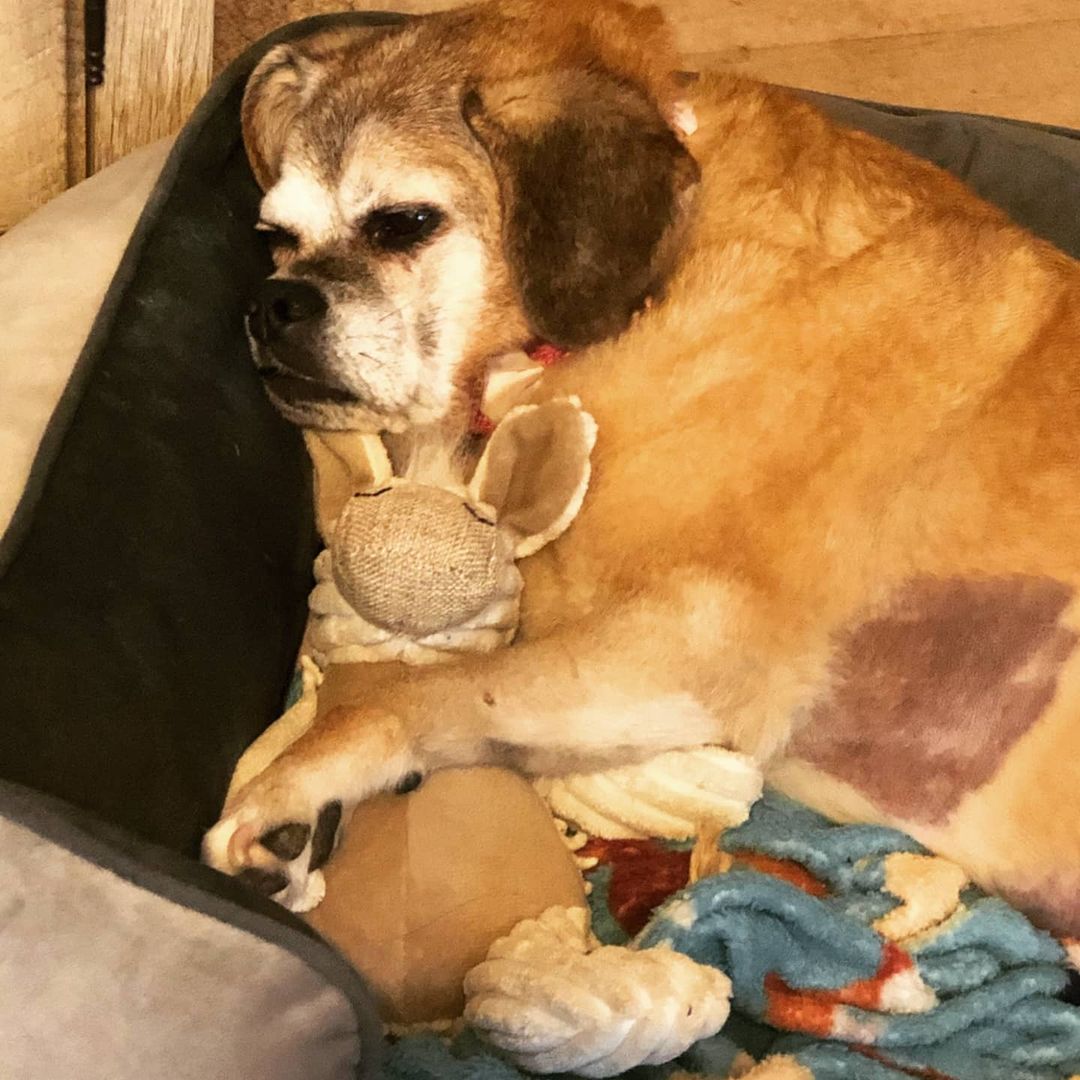 Meredith assessed Bertha’s condition carefully. She noted that the obese dog couldn’t even take more than three steps before laying down. Bertha had difficulty moving around because her weight was just too much for her body. 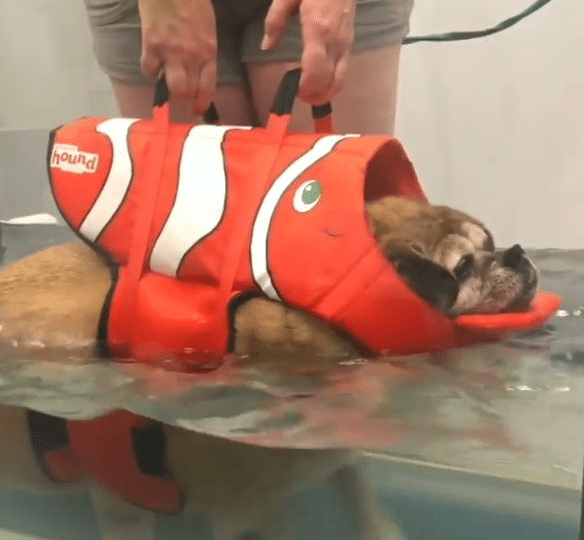 Bertha initially struggled with her lifestyle changes. At first, Bertha couldn’t even last 15 seconds on the treadmill. But as time went on, and with constant support from Meredith, Bertha could exercise for a solid 20 minutes. 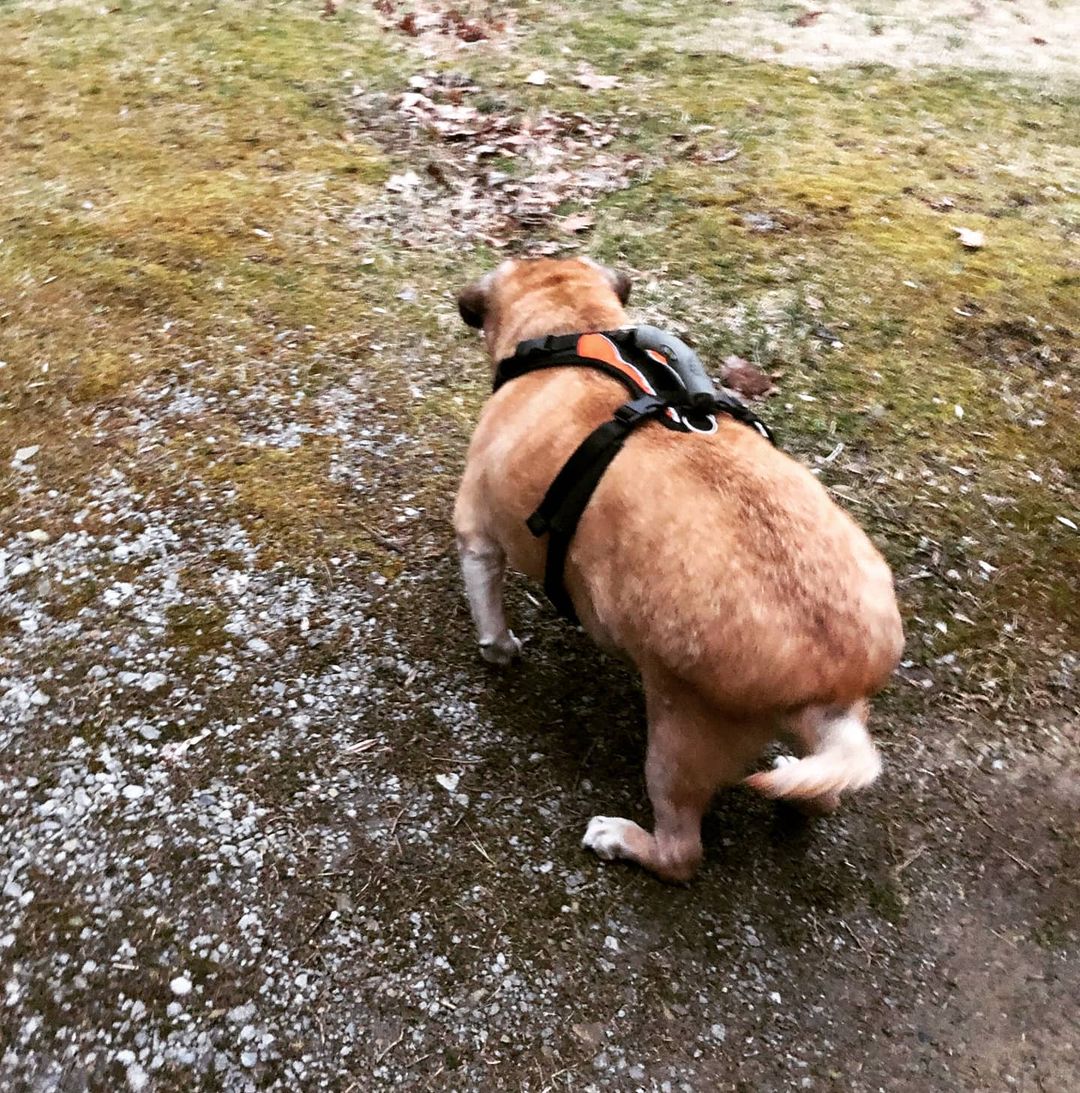 When Bertha became more agile and active, Meredith added a couple more exercises to her routine. The healthy diet and regular workout helped Bertha shed 20 pounds. It was a slow but sure process, and Bertha was steadily reaping the rewards of her hard work. 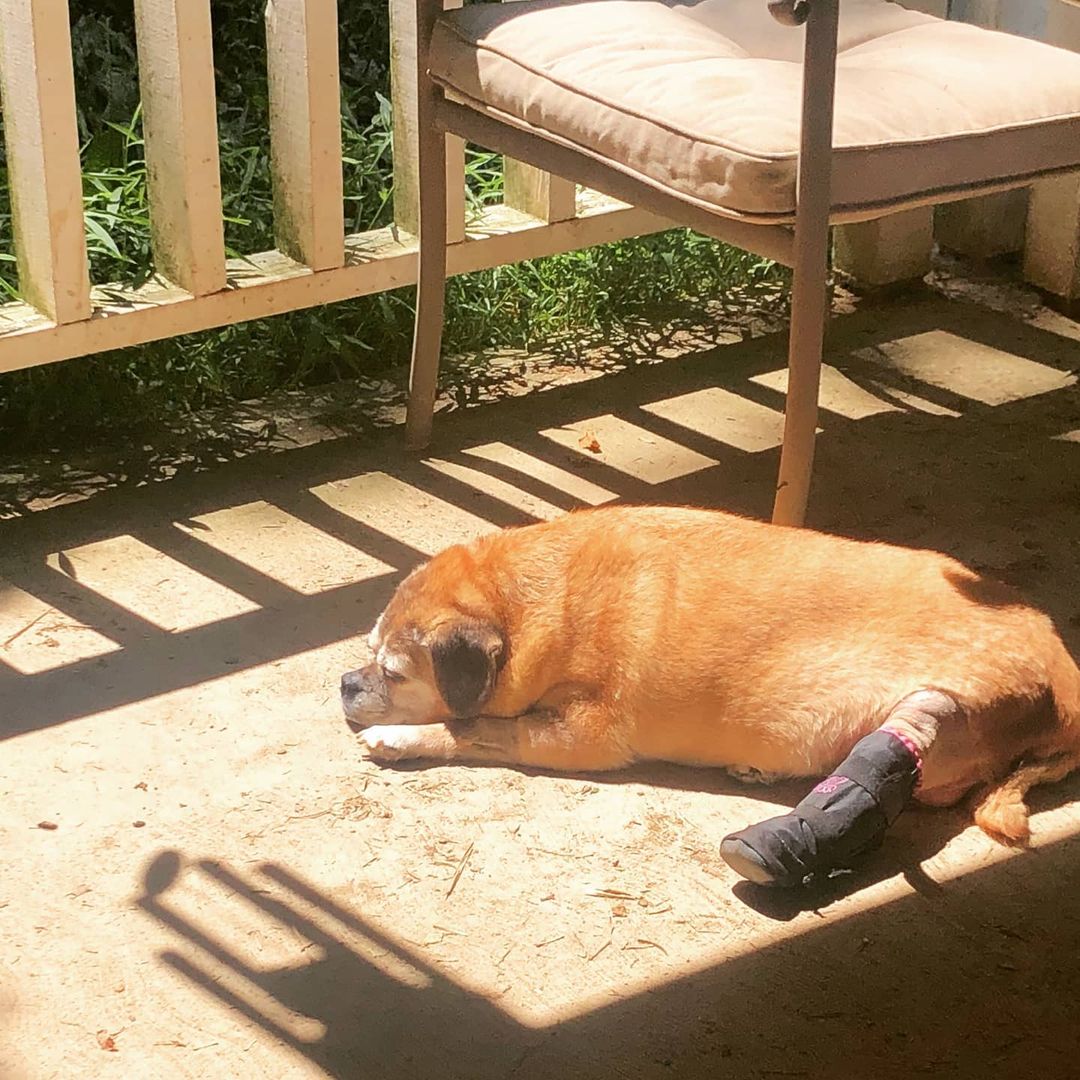 After a couple of months, Bertha had to undergo a procedure to repair the damaged tendons brought about by her obesity. The procedure changed the game entirely for Bertha as it made her more mobile. 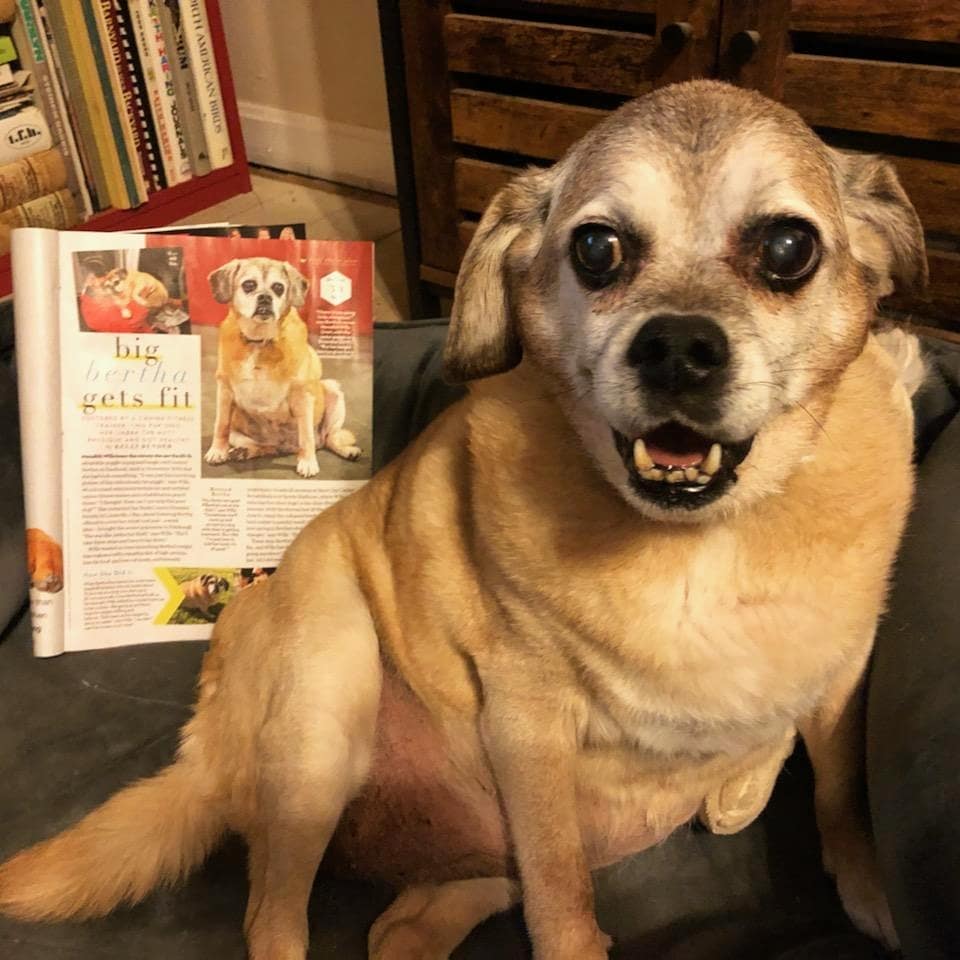 Bertha managed to reach her goal weight of 29.5 pounds. Looking at her now, she’s like a different dog from the obese version of Bertha. And it gets even better. Meredith decided to adopt Bertha officially! 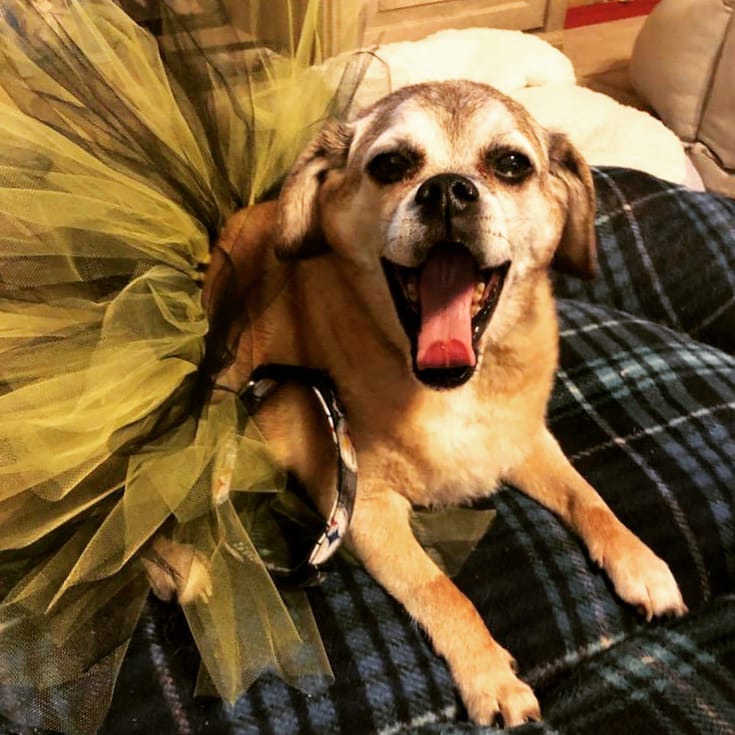 Bertha’s incredible weight loss journey may seem like a miracle. But for Meredith, it was a product of love. And now, Bertha is living her best life, ever!