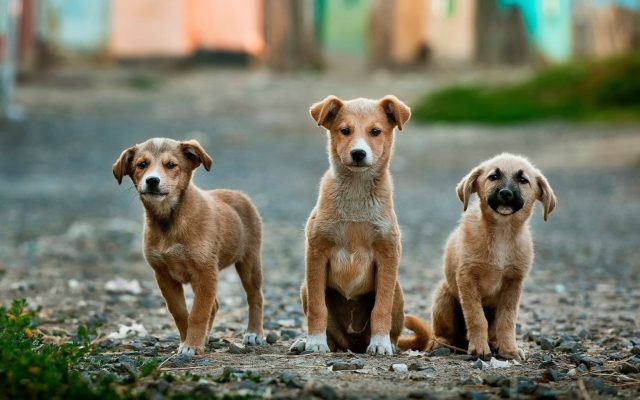 Dog owners want to train their dogs to be well-behaved and obedient.

Kaylee Garrick, a Scottish woman, may have the most obedient dog one will ever see. She is the proud owner of eight lovable dogs made up of one Alaskan Klee Kai and seven Shetland Sheepdogs.

Though all these dogs might sound handful, Kaylee has trained them well to be impeccably behaved and obedient. They even posed for a series of photos that have raised a whopping £2,000 that was donated to a charity.

While some dog owners struggle to get their dogs still for a family photo, Kaylee’s pack would obediently pose in any way she requires, whether it’s to wear sunglasses, colorful wellies, or even to form the shape of a heart.

The dogs also seem to enjoy whatever it is that their owner asks them to do.

Kaylee is a keen photographer who loves to take photos of her dogs. So she came up with the idea to make a specialty calendar using the photos she took of her posing pups.

The photos do not only show Kaylee’s excellent photography skills but will also put a smile on any dog lover’s face.

The calendar contains 12 unique photos of her dogs.

The dogs didn’t only sit still for the shoot, but they would also look in the right direction at the same time. No need for any photoshop wizardry! All the photos are genuine.

Well, except for one where the dogs were jumping since they would have banged into each other if they really did it.

Sure enough, many dog lovers will love the photos, but many people would also want to know Kaylee managed all of her eight dogs to pose obediently for the photoshoot.

According to Kaylee, she uses a “positive reinforcement” technique. She would reward the dog every time they obey her. So the dogs will associate doing what she wants, such as posing, with the reward.

Kaylee said that she decided to create the calendar because she was encouraged by her social media followers. She didn’t expect how popular her dog calendar would be. She’s so overwhelmed by the reactions and praises she’s been receiving online.

We hope that Kaylee and her dogs would do this every year! Not just because the obedient dogs were adorable but also because they are able to help a charity with their awesomeness!