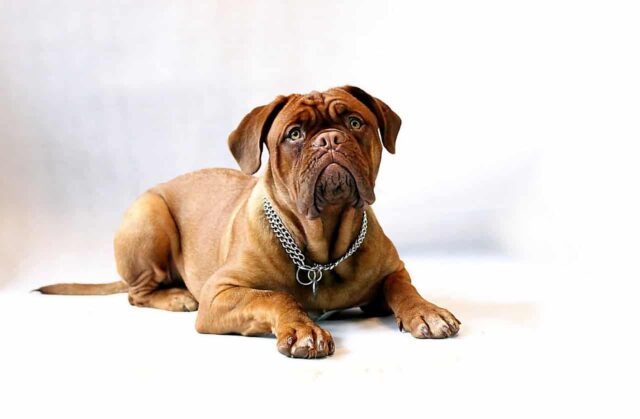 Service animals are a crucial component in the lives of people with mental conditions that lead to anxiety and stress. The authorities have recognized the essential role these creatures play. This led to the creation of laws that guarantee their rights to be with their owners in public places and many others.

When a woman who was suffering from Post-Traumatic Stress Disorder, a condition that affects people who underwent shocking or scary events, was refused entry to a restaurant, public outrage followed.

Jamie Benton, a North Carolina resident, had a traumatic experience when she was just a young girl. The incident left horrendous memories in her mind, which led to anxiety and stress. To help her calm down, she got a highly-trained service dog and named him Knox.

The mastiff mix could sense when Jamie is starting to panic and would do deep tissue therapy on her limbs to calm her down. The dog owner may look fine on the outside, but she could be a real mess on the inside.

One day, Jamie and her family went to a restaurant in Matthew, North Carolina. As usual, Knox was with her, wearing a collar with a service dog patch. Just as they entered the establishment, one of the employees stopped them. The staff member said that Jamie’s dog was not allowed inside.

The pet owner explained that Knox was a service animal, but the employee didn’t believe her. Jamie was asked to submit documentation, but she didn’t have any. North Carolina laws don’t require her to have one. The family was forced to leave without having their meal.

Jamie shared her experience online, and it became viral. Local news media picked up her story and made a report on it. The dog owner said that she wanted everyone to be aware of the laws and respect people who need to have service dogs.

The company that owns the restaurant has apologized to Jamie and promised to train their staff better.