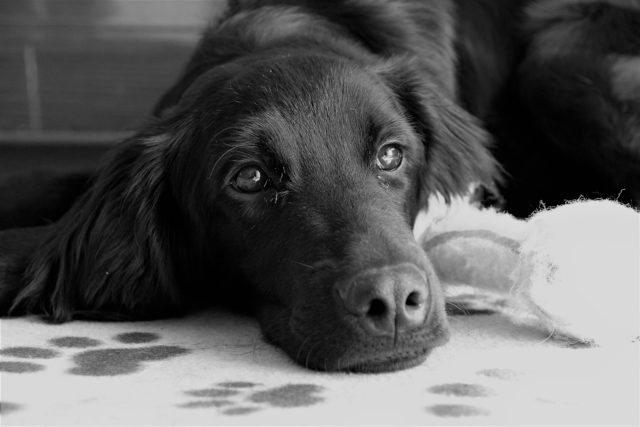 One wouldn’t expect that three different species can coexist in one house, and they are even the best of friends.

You would expect these animals them running away from each other. But, that’s not the case with these three; they are happily living together.

One of the three friends is Marley, a long-haired black German Shepherd who lives in Melbourne, Australia, with her mom and siblings. She also has a lot of friends!

Marley is incredibly well-socialized, and she gets along pretty well with all sorts of species, which is convenient for her mom, who also owns a bunny named Tracy, guinea pigs, cats, and a variety of fowl.

Marley’s mom regularly posts about her dog and other pets on their Instagram account. Because of their adorable photos, the furry family got famous.

One video of them went viral. In the footage, Marley, a bunny, and two chicks were casually hanging out on the couch. It’s been seen over 45K times, and it’s not surprising why! Even though Marley was the biggest animal in the video, she was so gentle with her cute little friends.

The three friends have such an incredible friendship and attracted a lot of fans online. Their Instagram account now has 59.6K followers!

However, just because Marley gets along with her furry and feathered friends, it does not mean that all dogs are like Marley. Some dogs like Terriers and Sighthounds have an instinct to chase small animals like chicks and bunnies.

According to experts, if you want your dog to get along with other animals, it is best to socialize them while they are young. The earlier they adjust with each other, the better they’ll get along in the future.

In the meantime, why don’t we enjoy watching more videos of Marley’s adventure with her little friends on their Instagram account?

Enjoy the little things 🐥🐥 Our chicks are almost egg layers … come on already spring… We get a lot of questions re:having Marel so calm around smol animals…. it is just lots of exposure and positive reinforcement and time … but not something I would ever attempt with an adult pup, that had never been around tiny creatures ♥️ #blackgsd #blackgsdpuppy #germanshepherd #gsdstagram #housechickens #chickensofinstagram #pupflix #barked #longhairedgermanshepherd #doginfluencer