Home Cool Dog Stories Man Reaches Into Freezing River To Save Run Away Dog He Saw... 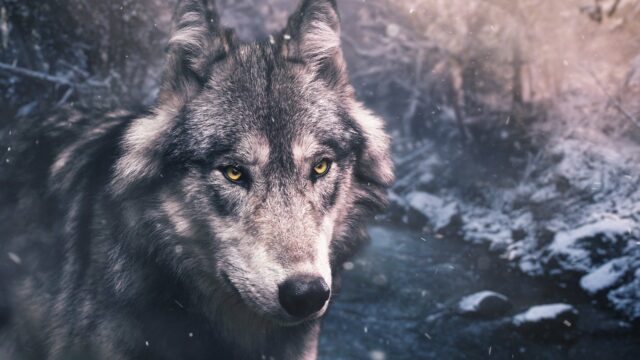 Austin Russell went to the Grand River in Grand Rapids, Michigan one early New Year’s Day morning. This is where the college student met his friends for their annual bike ride. While waiting for them, he suddenly noticed some splashing near the break wall.

At first, he tried to ignore it. But then, he heard some soft barking. He went closer to take a look and realized that there was a dog trapped in some brushes and fallen branches. It was a very cold day, and he knew that the dog was freezing in the frigid water.

Austin got into action right away. He ran off to find some help and came across a security guard doing his patrol. He told him about the drowning pup, and the two of them looked for anything that could help the pooch get out of the water.

They got into a supply cabinet, and all that they could find was a mop. They then ran back to the river, hoping it would be enough.

By the time they arrived, the dog has broken free from the branches but was now being slowly pushed downriver by the current. When the dog was near their spot, they lowered the mop, hoping that he could somehow latch on to it. But the dog was already exhausted and didn’t even bother to reach for it.

Then Austin noticed that there was a railroad track crossing the river. There was a patch of land below it which would allow him to get nearer to the dog as he passed by.

So the kind man ran there and waited for the dog. As soon as the pooch was near, he reached down and grabbed him by the scruff of his neck.

As soon as they were in the dry land, the rescuer wrapped the dog in his jacket. He then flagged a vehicle on the road and asked for their help.

Authorities took the dog to the local county shelter where they discovered his name and his owner’s address. Apparently, someone kicked the gate of their fence open, and the dog got away. The owners were very thankful for Austin’s help.