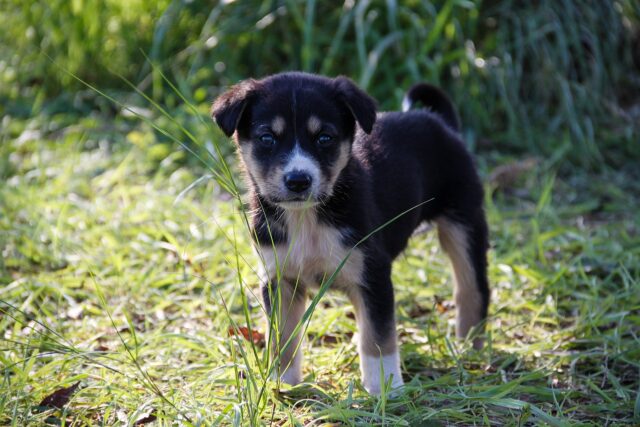 Dog owners consider an open door their greatest enemy. Several dogs have gone missing because they sneak out through open doors and fail to return to their respective homes. Kelly Shade, a Chicago resident, experienced this firsthand.

Shade’s Pit Bull named Gracie did not return home after sneaking out in an open door last December. According to Shade, the moment Gracie was lost, it seemed that her world fell apart. She extremely missed her pup and was anxious about Gracie’s condition.

However, Shade’s worries are over because she finally sees Gracie back. It is one of her best Christmas gifts ever. The heartwarming reunion of Shade and Gracie was caught on camera last November.

During their reunion, Gracie acknowledged her mom and even wiggled her tail, which proves that she misses Shade so much. Gracie is now finally home and is back on her comfortable bed at home.

Looking back on the day Gracie was gone missing, Shade did her very best to find her poor pup.

Fortunately, Shade’s hard work paid off. Locals from the Jackson Park Highlands neighborhood noticed Gracie residing on the streets one summertime. The poor pup has been two miles away from her home. Grace seemed scared every time someone approached her.

However, Polly Ellison, a determined neighbor, started giving Gracie food for a few months so she could gain Gracie’s trust. Ellison knew that she had to do something to help the lost dog.

Upon checking the Lost Dogs Illinois Facebook page, Campbell saw that Gracie was listed as one of the stray dogs. Gracie had a microchip also. Campbell realized that indeed Gracie had a home.

Lost Dogs Illinois emphasized that not all stray dogs have no owners, similar to Gracie’s case. Witnessing the heartwarming reunion between Gracie and Shade, it is indeed true that diligence and hard work really pay off. With the help of kind-hearted individuals, Gracie is finally home again.

Here is the heartwarming video between Shade and Gracie.