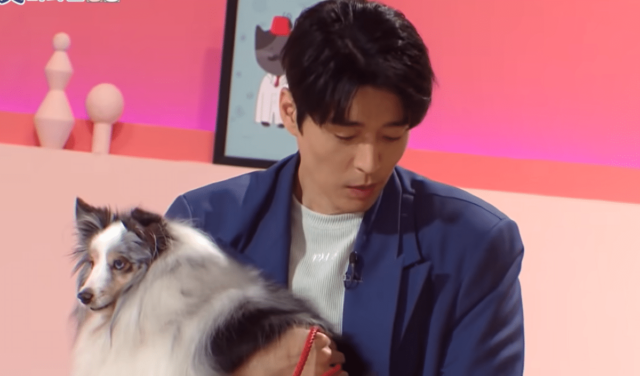 South Korean actor Seo Ji-Seok is a proud dog lover. He lives with three dogs. His oldest dog is a Sheepdog named Sherbet, followed by a Pomeranian named Ice, and the youngest is Cream.

The dogs have different characteristics, but they learned to respect their differences, and they live harmoniously. The Pomeranian Ice is a bit mean and loves to act like the queen. On the other hand, Cream is the smartest dog, while the oldest Sherbet always gives way to her sisters. 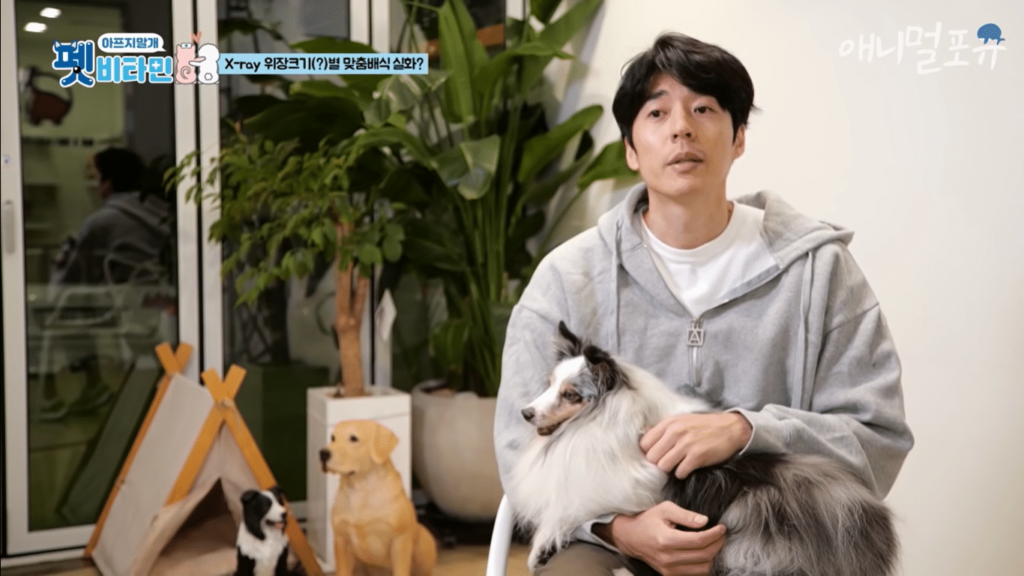 As soon as Ji-Seok wakes up in the morning, he calls his dogs and then gives them water to drink. After that, they line up for Ji-Seok to remove the dirt from their eyes. Ji-Seok also cleans the house regularly to remove the dog hairs. He uses a vacuum cleaner, which excites Sherbet and makes Ice angry in a cute way.

The three dogs are all lovely, and it is evident that Ji-Seok adores them. Once, they all became fat, which was fine at first until a terrible incident happened. In August 2020, while Ice was eating, she suddenly passed out.

Ice’s tongue turned purple, and she could not breathe. Ji-Seok was shocked, but as an instinct, he tried to revive his dog. He first checked if something was blocking her throat. Then, he breathed air into her mouth and lifted her in one hand so he could press her chest with two fingers. Afterward, Ice’s tongue returned to normal, and so he rushed her to the hospital.

The vet told Ji-Seok to prepare for the worst. It was a tough time, but luckily Ice survived. The incident became a wake-up call for Ji-Seok. And, since then, he took their diet and their exercise seriously. 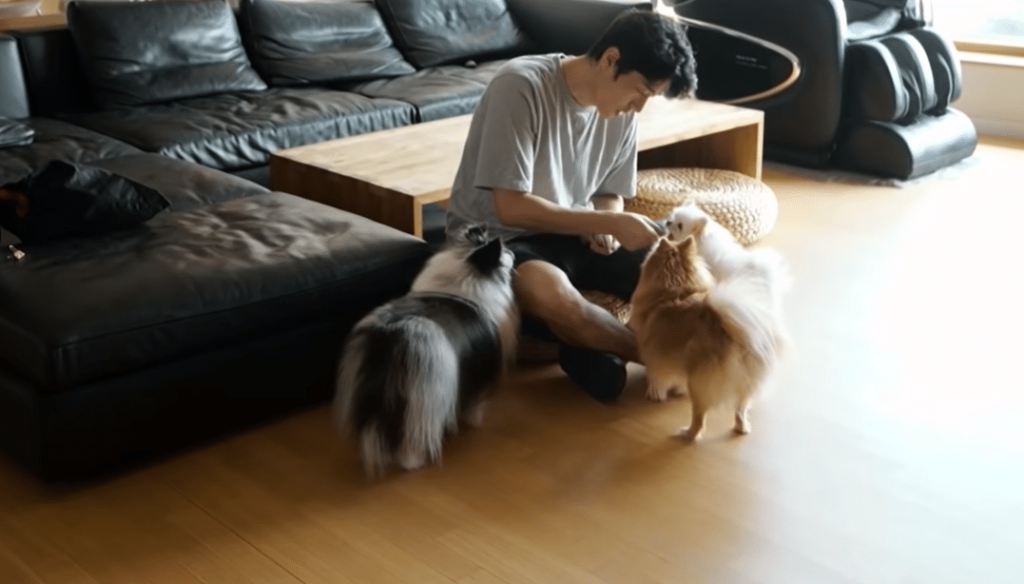 Ji-Seok manually feeds his dog four times a day and only gives them enough and not too much. He allots the lowest quantity to the smallest dog, which is Ice. Then Cream eats twice as much Ice while Sherbet eats thrice more than what Ice consumes.

The dogs also go on walks regularly to keep them well-fit. Now, the dogs are in better health, and their daddy Ji-Seok is glad about it. Watch Ji-Seok’s adorable pups in the video below, just don’t forget to turn on the subtitles.

Photo and video credits to KBS animal TV via YouTube.