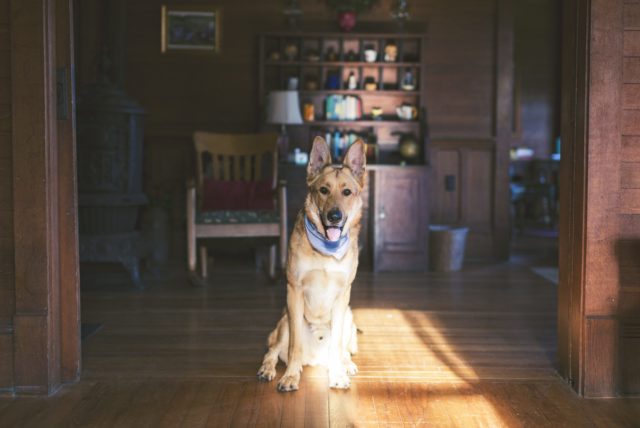 A German Shepherd with partial blindness felt lonely after all of his friends at the shelter went to their adoptive families one weekend. However, he didn’t have to be sad for too long because he soon found loving fur parents of his own.

Bryan, the German Shepherd, didn’t have the best start in life. Rescuers found him in somebody’s backyard, neglected and starving.

The pooch eventually went to the Arizona Humane Society, where the staff lovingly nursed him back to health. Not too long afterward, Bryan was ready to go to a new home. 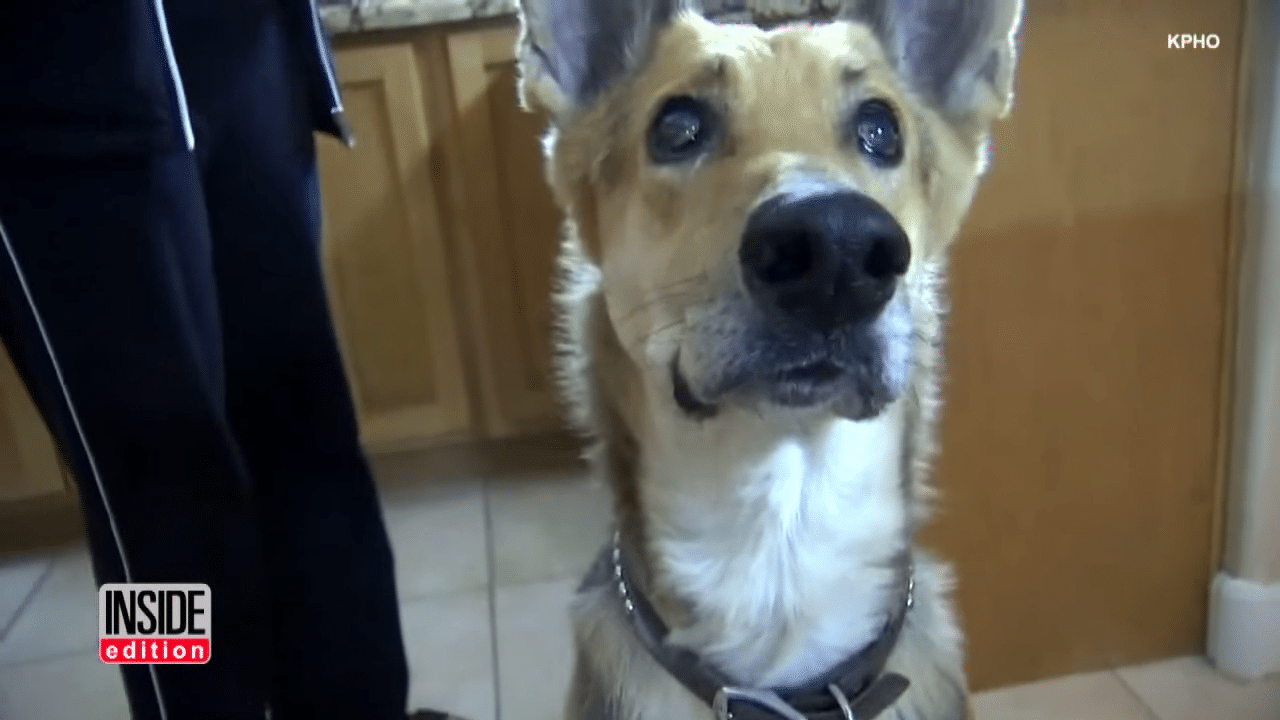 However, potential adopters weren’t interested in the German Shepherd because of his partial blindness. Bryan is well-behaved and friendly, but they felt they couldn’t care for a dog with special needs.

The Arizona Humane Society held a special weekend adoption event to help Bryan and the other shelter animals find homes. Because they completely waived the adoption fees, the staff expected that a lot of kennels would be empty after the event.

The Humane Society was pleasantly surprised to find out that, indeed, nearly all of their animals were adopted out that weekend. However, the employees’ hearts also broke when they saw that one canine remained at the shelter. 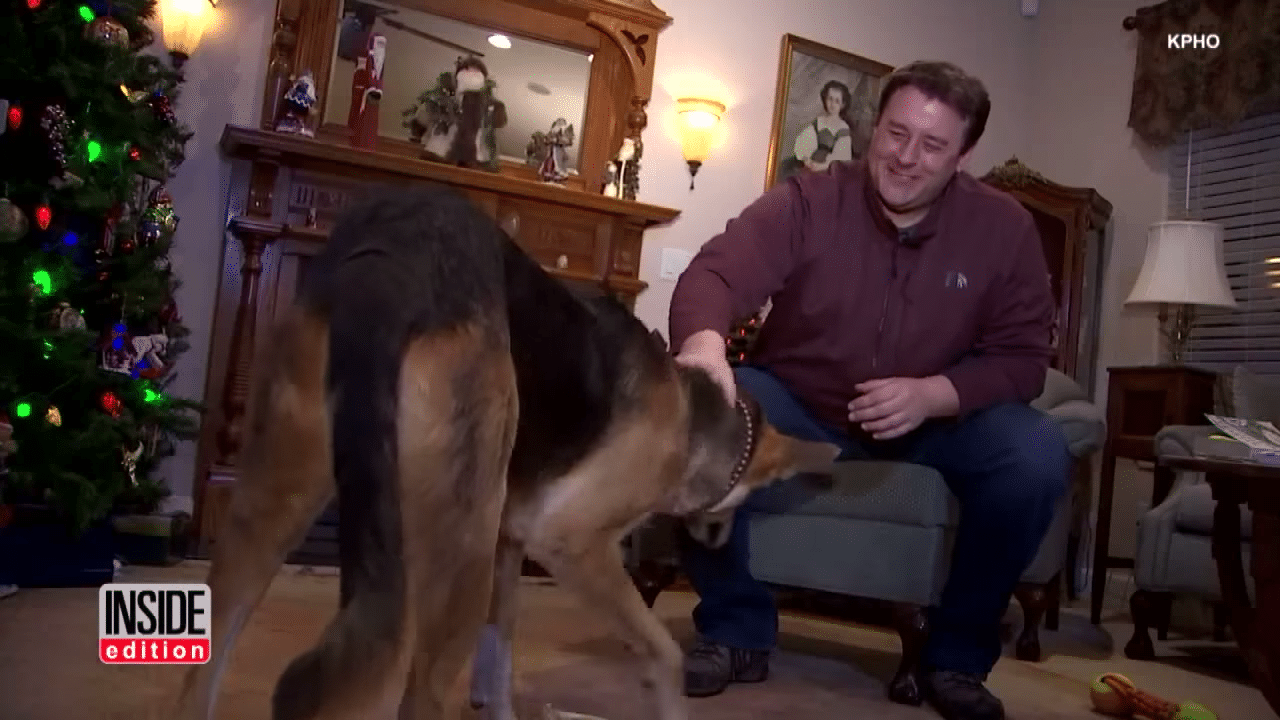 Bryan was still in his kennel, all alone after the event. The staff couldn’t understand why everybody passed him by. Sure, he had vision problems, but they didn’t affect his quality of life that much.

Luckily, a couple from Phoenix heard about the German Shepherd and immediately knew that they had to have him. Patti Mooers and her husband love the breed, and Bryan was no exception.

What’s even better is that the couple knows how to care for canines with disabilities. They used to have a German Shepherd who had to use a wheelchair following the paralysis of his hind legs. 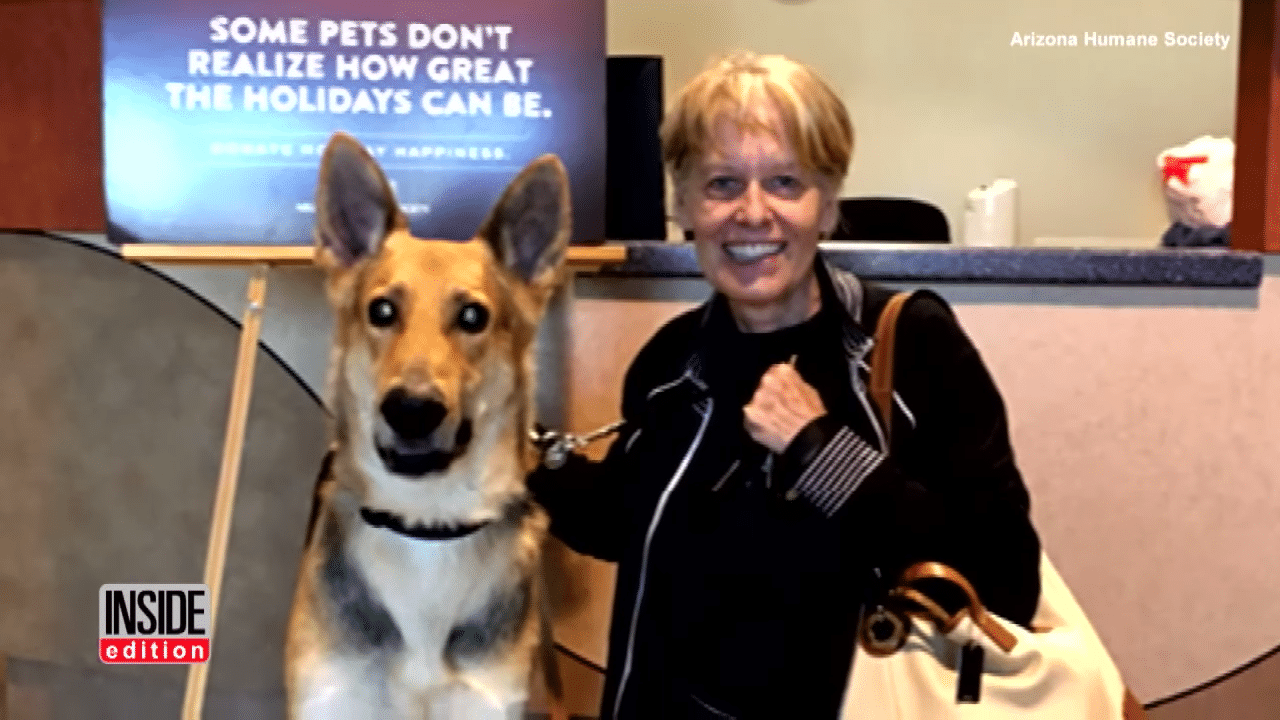 In just two days, Bryan was so comfortable in his new Phoenix home that it was almost as if he’d lived there for years. Patti says he occasionally bumps into furniture, but the pooch doesn’t even mind because he’s so happy and content.

Patti wishes that more people would give dogs with disabilities a chance. After all, they deserve as much love and care as any other pet. Watch Bryan at the Mooers’ home in the video below: