Home Cool Dog Stories Filipino Teenager Saves Dog Trapped In A River And Gets Rewarded For... 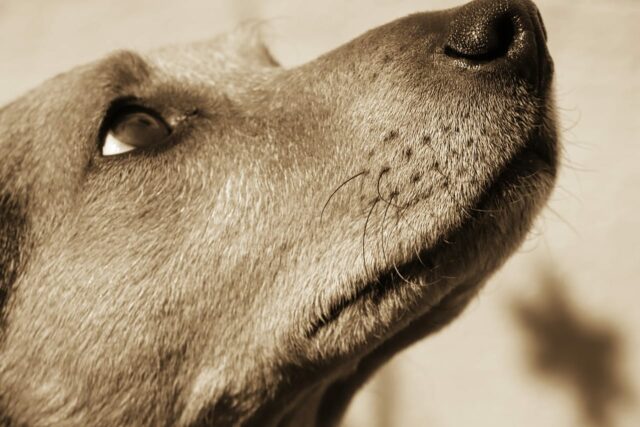 Filipinos are well known for their compassion and their willingness to help others. And that is exactly what Filpino teenager Angelo Flores exemplified after saving a dog that was trapped in a river.

This poor pupper was Oreo. His owners later explained that their fur baby ran away from home while they were clearing the floodwater in their yard.

A typhoon just hit the region, and it has been raining nonstop for several days. During Oreo’s little adventure, he accidentally fell into the river, and he couldn’t climb back up because the dike wall was slippery. People who lived near the river saw the pupper, but they were too scared to help Oreo. 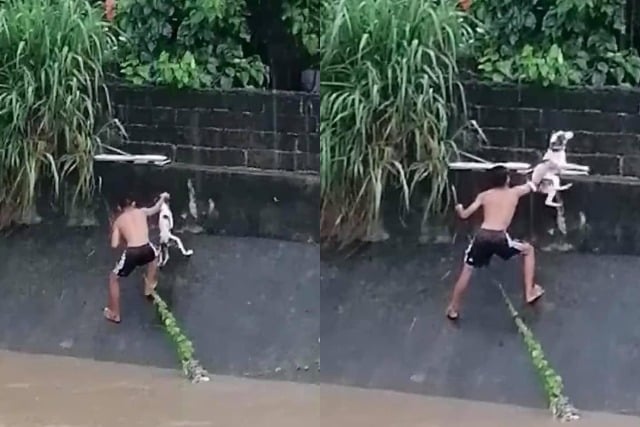 But Angelo was not afraid. The 16-year-old boy carefully walked across the dike wall to get to Oreo. Once he got there, he grabbed the pup by the scruff of his neck and gave the pooch a boost so he could go over the dike’s barrier. Once people saw that Oreo was finally out of the river, everybody clapped and cheered for the young hero.

Angelo’s neighbor recorded the boy’s heroism and uploaded it on Facebook, and the video went viral instantly! This caught the attention of The Animal Kingdom Foundation, an animal rescue group based in the Philippines. They reached out to Angelo to know more about him. 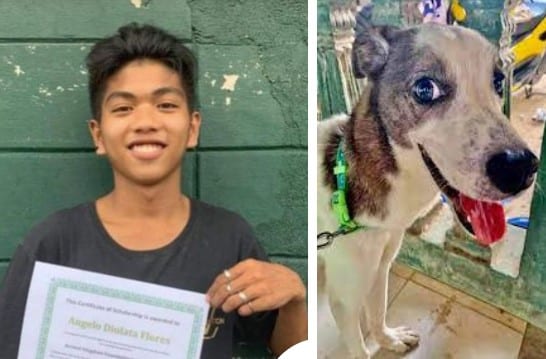 They learned that Angelo is in the tenth grade, and during his spare time, he works at the local market. During an interview, the boy explained that initially, he didn’t know about the dog being trapped in the river until he heard his neighbors asking for help. When he realized what was happening, Angelo sprung into action right away.

Because of his kindness, The Animal Kingdom Foundation rewarded Angelo with a new smartphone, a bunch of groceries, and a scholarship so that this young hero could finish his education. See this teenager’s heroics in the viral video below.