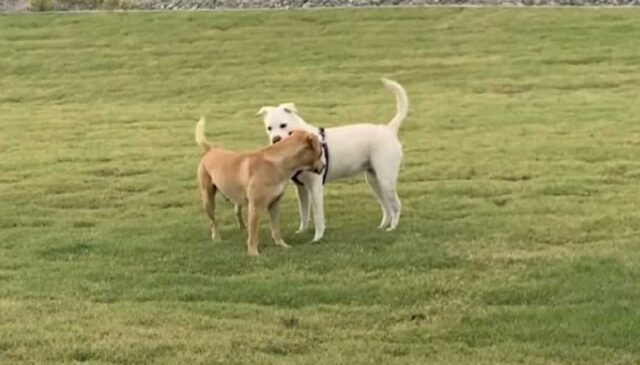 Raina Mari just moved into her new home in Phoenix, Arizona and decided to explore her huge yard when she noticed something pop out of the rocks. She knew there would be wildlife because there was a mountain several miles away. But when the animal ran off after seeing her, she quickly realized it was a dog.

For the next few weeks, Raina looked for him. She woke up at 5 a.m. and called out for the dog. He showed up, but he made sure to keep his distance. 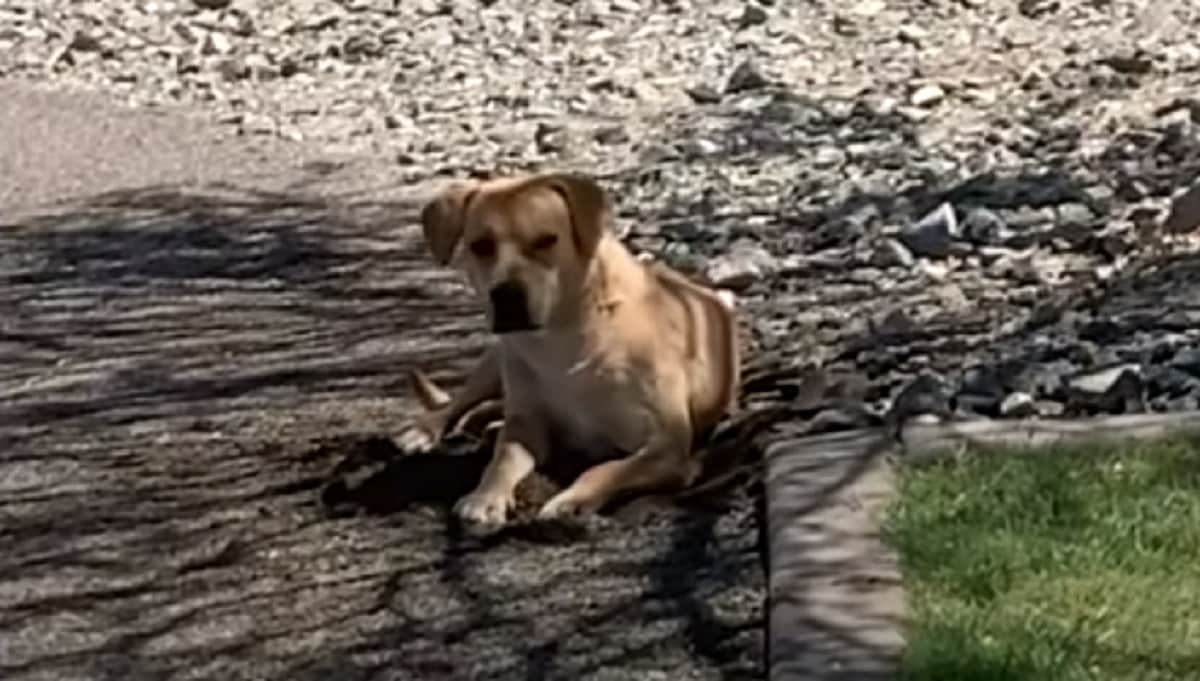 When the dog came close, Raina realized he walked with a limp. He had scrapes and gashes on his legs. He wasn’t someone’s dog, she told herself.

Raina started to give Kingston water and food while she searched for a rescue group that could help. She contacted several organizations but they simply didn’t have the right equipment and manpower to rescue the dog. It was frustrating until she got in contact with Sky Sanctuary Rescue.

While the rescuers prepared for the mission, Raina continued to gain the dog’s trust. She took her dog, Stella, out with her. And to her surprise, Kingston walked toward them and wagged his tail, something he did for the first time after three weeks. 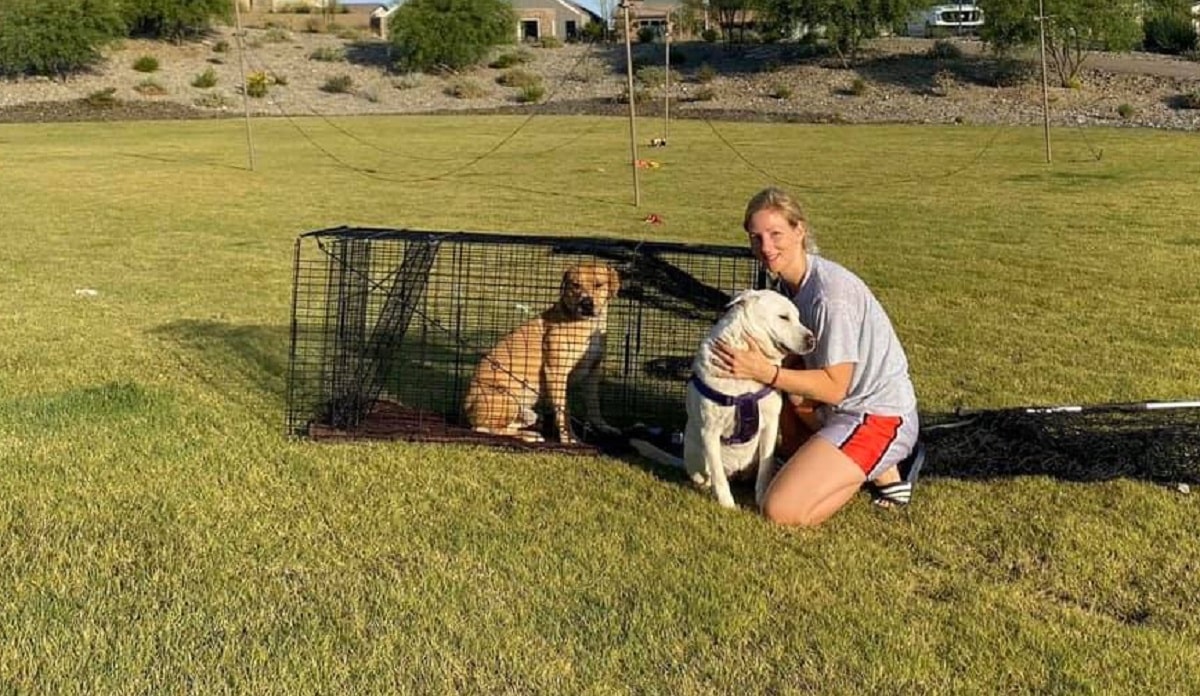 Soon enough, the rescuers laid out the plan and set up a traditional humane trap. Kingston, however, was too smart to get caught in a trap box. He walked around it thousands of times but made sure to never step inside the cage. Eventually, the rescuers decided to use a drop net.

Caitlin and Elli of Sky Sanctuary Rescue, together with other volunteers, set up the drop net and placed huge chicken meat underneath. They retreated to their car and waited for the dog to come, but like the box trap, he knew not to get close. Kingston lived in the mountains with a pack of coyotes for four years and he knew how to survive all on his own and how to avoid traps. 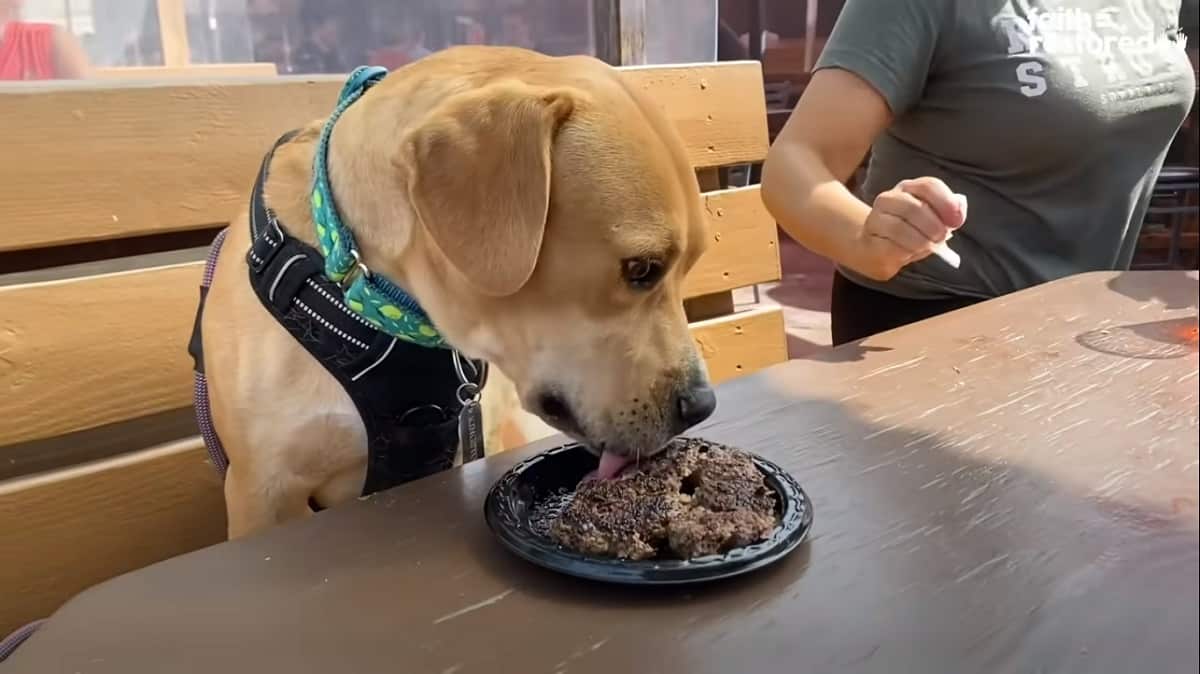 The rescuers worried he might run off so they asked Raina to bring Stella to the site. When Kingston saw she was fine under the drop net, he followed her. And pretty soon, the rescuers had safely secured her.

Kingston continued to her foster home in Angels for Paws Animal Rescue for rehabilitation. Monica Angel, the founder of the group, fell in love with him and knew he’d be a great part of her pack.