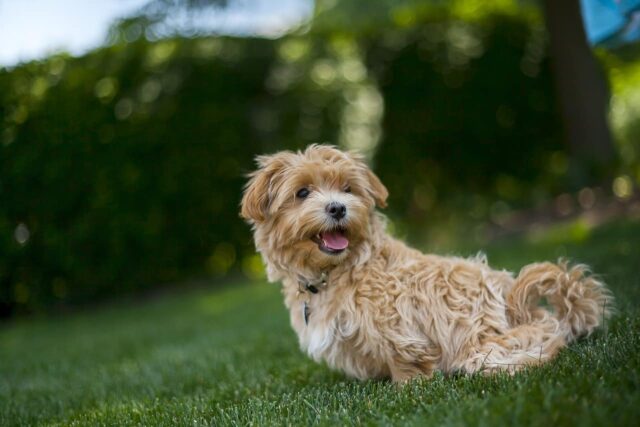 The canines of today have clothes that are specifically designed for them. Back in the day, we could only see these pups with a hat on their head or a hanky around their neck. As years passed, these accessories evolved into shirts, pants, and other costumes that can be mixed and matched.

While all of us can agree that these dogs have swagger, not everyone’s a paw-shionista like Agador. She’s a Maltipoo, and she’s living with her fashion-forward human in New York City. She’s gained popularity over the years and has been given the titles “Bob Ross of dogs” and “Pooch of NYC”. 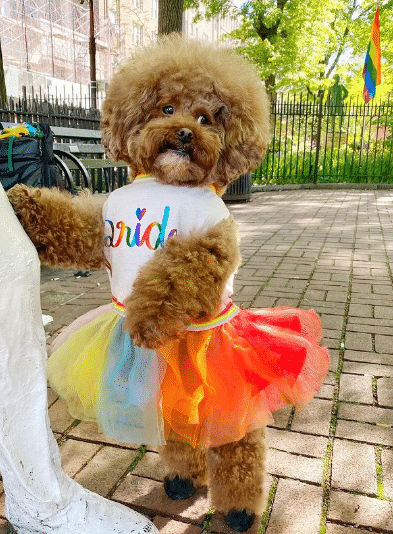 Agador earned those titles because of her attractive fro. It resembles the iconic painter’s hair, and it’s the first thing people notice when they look at her pictures. Well, that and her penchant for fashion.

When she’s not busy charming her followers online, Agador creates content with Freddie, aka her ultimate twin. They don cute outfits and strike poses around New York City. Their fans love it when they do their thing in front of the camera. Each snap shows how talented these four-legged models are. 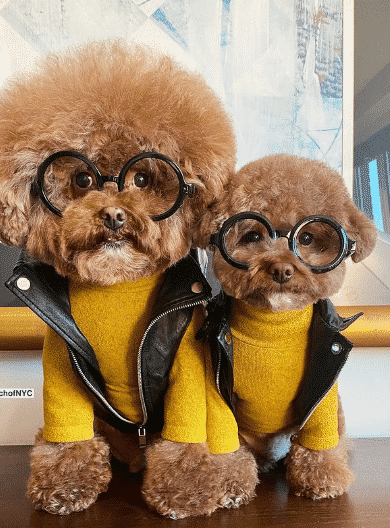 On down days, Agador would pamper herself. She would hang out at the salon and relax as the staff would shampoo and trim her locks. Then, she would join her human for some snacking, wine tasting, and shopping. 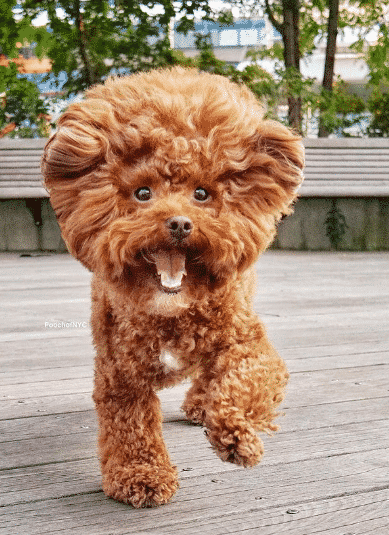 Now, many people have been wondering why Agador is such a natural in front of the camera. According to her owner, it all started when he saw her posing with one paw up. To encourage her to keep posing, he signed her up for some lessons.

As the training progressed, Agador’s poses evolved. Because of this and her uber cute features, she’s now one of the top pet-fluencers in New York!