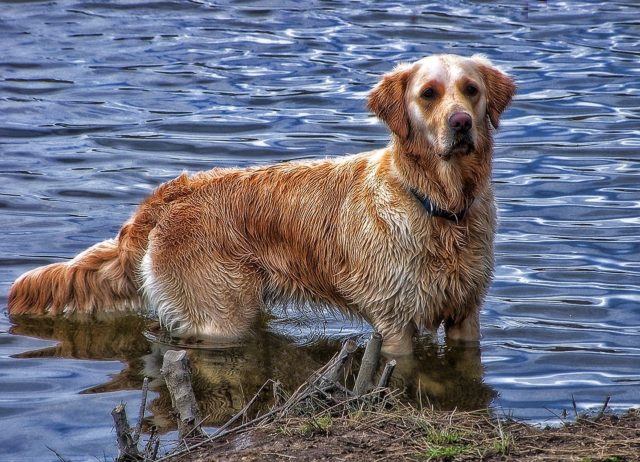 To get everything done, one needs to place specific tasks throughout the day carefully. After organizing one’s duties, you proceed with preparing the necessary stuff required to perform them.

However, how would you feel if someone tinkered with your preparations while you sauntered away to get something? Perhaps, one fur dad can show us by example how to calmly deal with such scenarios, especially if it concerns our beloved canine friends.

Wait! Why are you in there, Clark?

In this funny video clip, an adorable brown-furred pooch sits silently near the bathtub. By the looks of it, the pooch’s guarding something that’s inside the tub area. 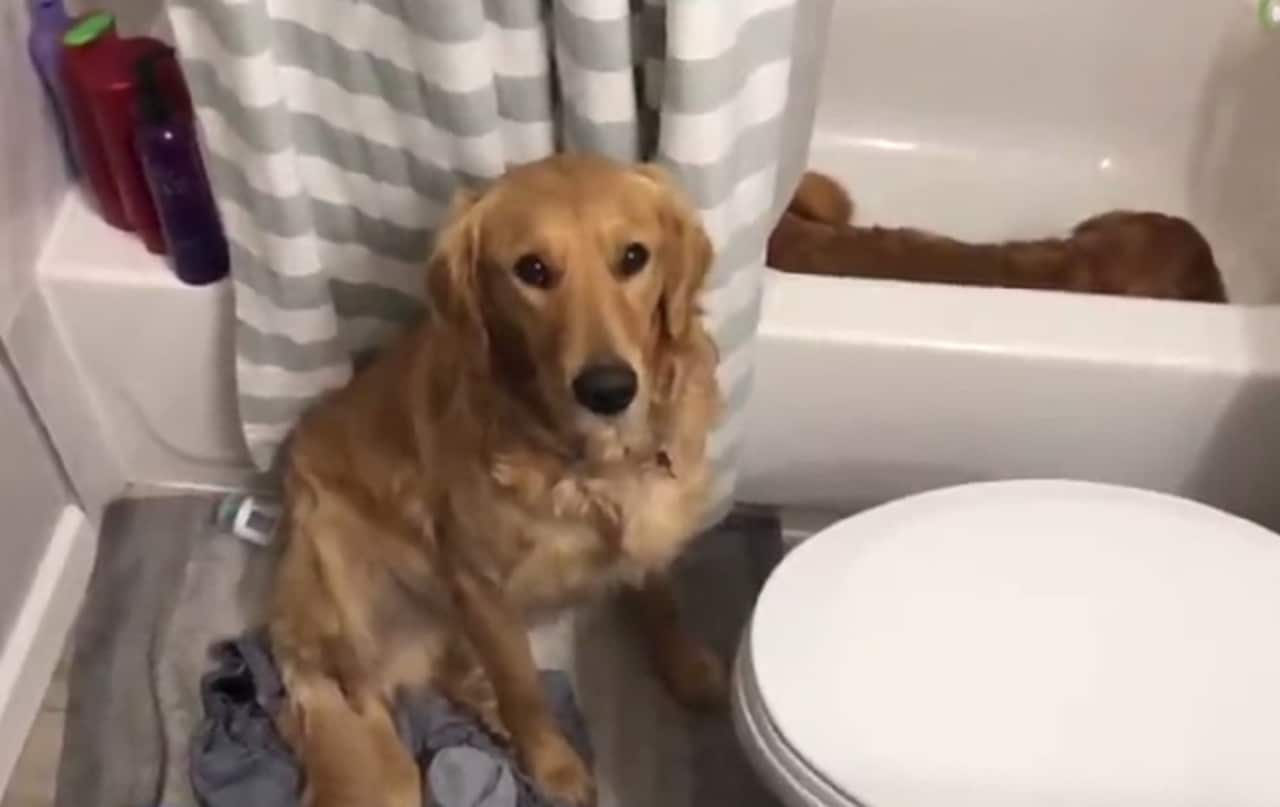 However, Dad soon sternly asks the pooch if he let somebody in his bathtub. Though Dad continued to interrogate the pooch, the dog only gave him a silent gaze as an answer.

It turns out; Dad’s preparing to take a relaxing bath before he turns in for the night. As he grabbed his towel while waiting for the bathwater to warm up, he’s surprised to find out that one of his beloved dogs named Clark jumped in to enjoy the warm water.

Now that Clark’s inside the bathtub, Dad needs to convince him to go out of it. At first, Dad asks Clark what he’s doing inside the tub.

However, no matter how much Dad interrogates the mischievous pooch, Clark chooses to continue testing the water from the faucet. It’s as if the dog’s checking the water if it reached the right temperature for a soothing bath. 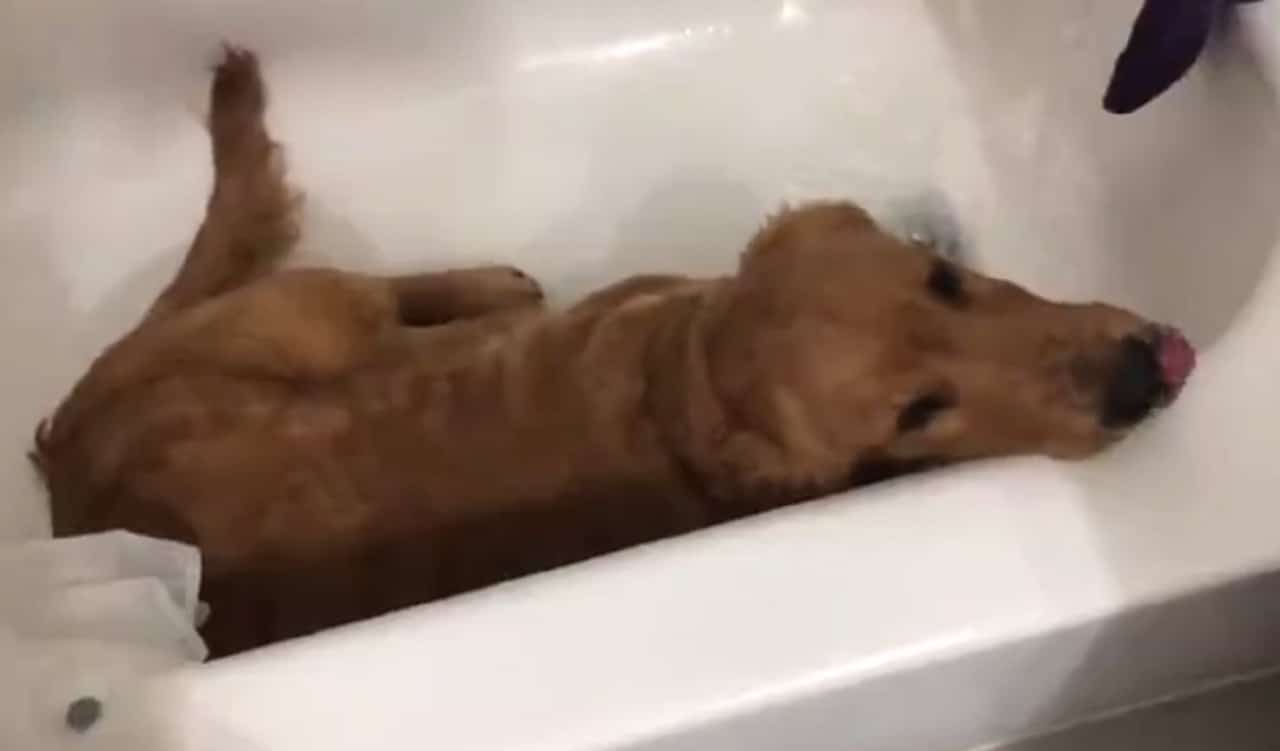 Despite this, Dad continues asking the pooch until he responds to him. A few seconds later, Clark indeed took a fleeting glance at Dad, but quickly resumed with his earlier actions.

Do you think Dad managed to convince Clark to get out of the tub? You’ll only discover the ending if you watch the entire video linked below.

Thanks To Microchip, San Francisco Woman Reunites With Her Stolen Dog Found 370 Miles Away