Home Cool Dog Buzz Doggo Runs In The Middle Of The Road To Block Traffic And... 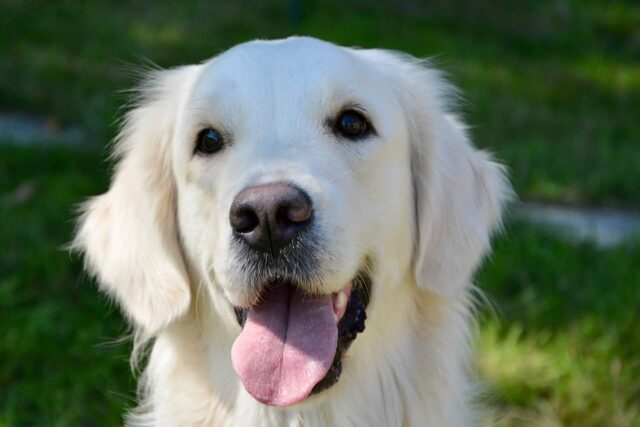 It’s no surprise that dogs end up becoming heroes. Because of their unconditional love for their hoomans, they would do absolutely everything to save them. They may be very fluffy and cute, but they always continue to prove that they are more than just an animal.

Clover is a big white dog who saved her owner’s life. She was enjoying a lovely day, taking a walk with her hooman Haley Moore. Everything was fine but suddenly, her hooman dropped to the ground and started having seizures. 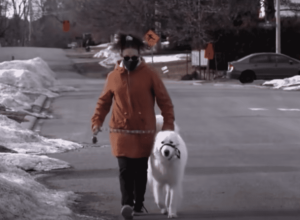 Nobody was around to help them and the poor pooch was in distress. Clover didn’t know what to and kept trying to wake Haley up. Until she saw a car passing by and had an idea. The doggo then waited for the next car to pass by.

When she saw a truck coming their way, she ran towards the middle of the road and blocked the way. The truck had no choice but to stop and luckily, the driver got Clover’s message and saw Haley lying on the ground unconsciously.

Dryden Oatway, the driver, got out of his truck and went to Haley. He then called 911 and an ambulance soon came to bring Haley to the hospital. She soon woke up as she was inside the ambulance and was very confused as to why she was there. 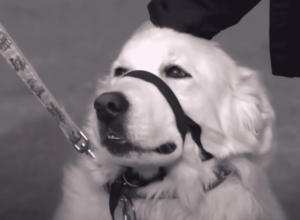 Dryden was impressed with Clover’s smart move to save her owner. If it weren’t for the pooch, nobody could’ve noticed that Haley was unconscious on the ground. But thanks to this doggo’s loyalty and great instincts, she was able to save her hooman’s life.

Clover’s heroic gesture was caught on cam from a security camera in front of the street where Haley had collapsed. Everybody was amazed at Clover’s quick thinking. Haley says that she owes her life to her doggo and is so grateful that she was blessed with such a loving dog.