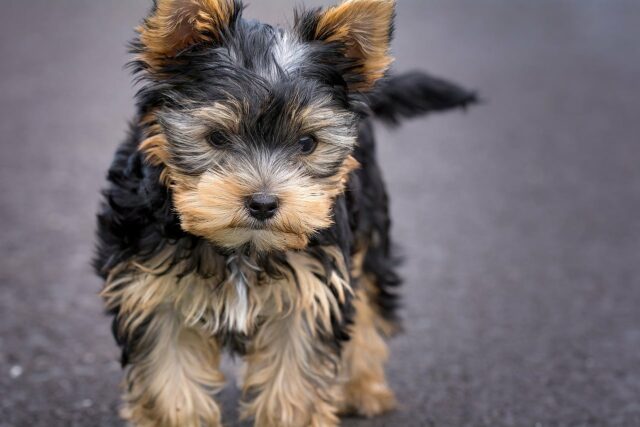 Meet Indy, a pit bull and lab mix who lives with her parents at their Chester, Connecticut home.

Being the outgoing pooch that she is, she usually accompanies her mom, Liza Thayer, to work. She does this every single day.

Liza happens to work at an elderly housing facility called Kirtland Commons in Deep River, CT. In fact, she shares that Indy serves as a lovable companion and helps to calm the residents. She really loves joining her mom at work and the residents simply adore her.

One day, Indy’s beloved mom was away for the weekend to attend a friend’s wedding in Virginia. But Indy didn’t realize that Liza was just on a vacation. Instead, she thought her mom had forgotten to take her to the office.

So the minute Indy was allowed for a potty break outside grandpa’s house, she took off to go find mom. Indy rushed to search for her mom and it only took her 15 minutes to make her way to Kirtland Commons. She was hoping her mom was there.

As proof in the video below, Indy was seen on surveillance cameras running down the facility’s parking area.

Since she was well-known in the office, one resident recognized Indy and let her in. Although Indy realized that Liza wasn’t there, she still got filled up with lots of treats from the residents.

Joann, the head of the facility, heard about Indy’s arrival and came to pick her up. She brought Indy back home to Liza’s father who was relieved knowing that the pooch was safe and sound.

Joann shared that the residents were in disbelief but were also impressed seeing how smart Indy was.

To this day, Liza still doesn’t know exactly what route Indy took when she ran to the office on her own. But there was one thing she was definitely sure of, and that was, Indy really missed her.

Watch the short surveillance video below to see how Indy ventured to the facility on her own.

Perky-Eared Corgi Shows Off His Digging Skills To His Owner, Proving That His Kind Can Make Anything They Do Look Adorable