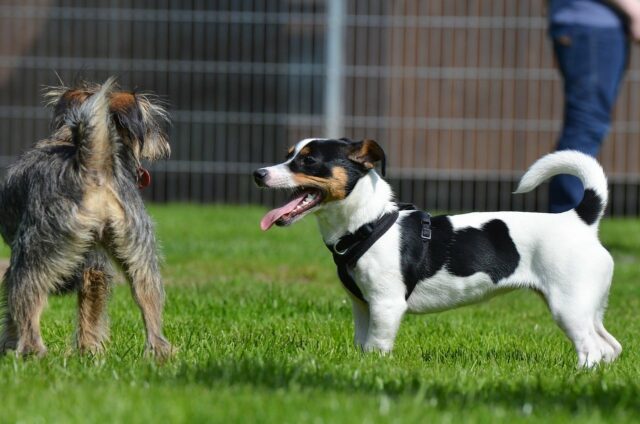 Derek and Alex Kirchner are a couple who lives in Kennesaw, Georgia. They live with two rescue dogs named Ryelee and Marley.

As the two don’t have children of their own, they treat their adopted pups as their babies. They spoil them and take them anywhere they go.

That is why when the couple decided to join their extended family on vacation on South Carolina’s Hilton Head Island, they brought their two pets with them. Little did they know that this vacation trip would be the beginning of a tragic and heartbreaking moment in their life.

Derek and Alex were the first to arrive in the cabin that the family rented for their vacation. They placed their two dogs inside their room and installed a baby gate so that they wouldn’t be able to escape. The couple then went out to shop for some necessities.

Unfortunately, they were met with a frantic group of people when they arrived. Marley had escaped, and they couldn’t catch him.

As it turned out, arriving family members forgot to close the front door as they brought their things inside. Then, a small child wanted to play with the dogs and opened the baby gate. Marley, who was scared of strangers, quickly bolted out of the house. They tried to follow him, but the dog was too fast for them.

The couple, with the help of their family, scoured the island. They asked the locals to help them as well. Although the island didn’t allow flyers to be posted, a desperate plea from Derek got him permission to let business owners post the dog’s picture and details on their windows.

Derek also made a Facebook page to spread the word around. He also contacted several dog groups located nearby to help with the search.

As weeks went by, Alex had to go home. But Derek refuses to leave the island until he finds their beloved pet. The couple has now spent a ton of money on accommodations, advertisements, trail cams, trackers, and lots more. But it didn’t matter to them.

Some local residents have been helping them out and have even put Derek in their guest house for free. They have seen how determined the man is to find his dog. Sadly, the search has been fruitless. But the couple hasn’t lost hope that they will find Marley.

Military Dog Gets Reunited With His Former Handler, And Their Reunion Will Get You In A Good Mood