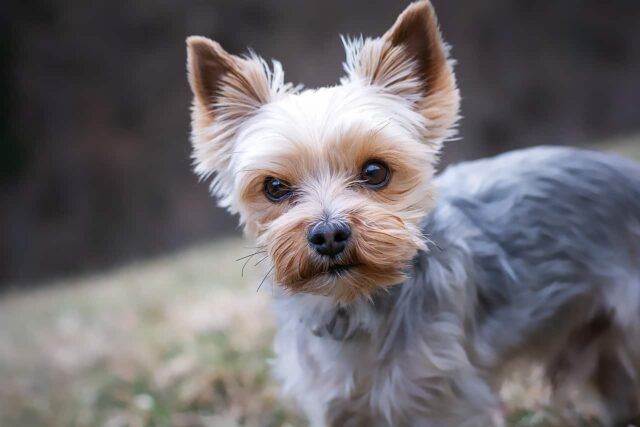 Scott Miller was on his way to work one early morning when he stopped at a dumpster in Westminster, California to throw something away. When the construction worker opened the lid, he was surprised to see two beady eyes staring at him.

A Yorkshire Terrier mix was sitting on a blanket in the half-filled bin, making no sound or movement. Scott called his colleague, and they took the pup out of the dumpster together. The sweet pooch didn’t look like he was homeless. He was fairly healthy-looking, but it seemed that he was favoring his hind legs when he walked.

Scott called the cops and reported what happened. The authorities came and took the small pup to Westminster Animal Control. Their first assessment was that the dog had torn ACLs in his back leg. It could have been worse, though. If Scott and his co-worker hadn’t found him, the dog could have been collected along with the trash and crushed by the garbage truck.

After scanning the dog for a microchip, the animal control officers found the registered owners’ names. They were a couple living 32 miles away in Aurora. Their names are Dr. Nickie Bell and her husband, Robert. Dr. Bell works for the school district.

The couple was called in and investigated. They said that they thought that their pet was dead. He had been throwing up, and clumps of hair were falling out. The pup wasn’t walking, and they thought that he had stopped breathing as well.

Dr. Bell and her husband pleaded guilty to neglect of an animal. They paid more than 5,500 dollars in fines and contributions. But that didn’t even cover the dog’s vet bills. Some people were enraged that the couple got off lightly.

The dog, named Teddy, has been adopted and got surgery for her injured legs. She is now doing fine and living much better with his new family. 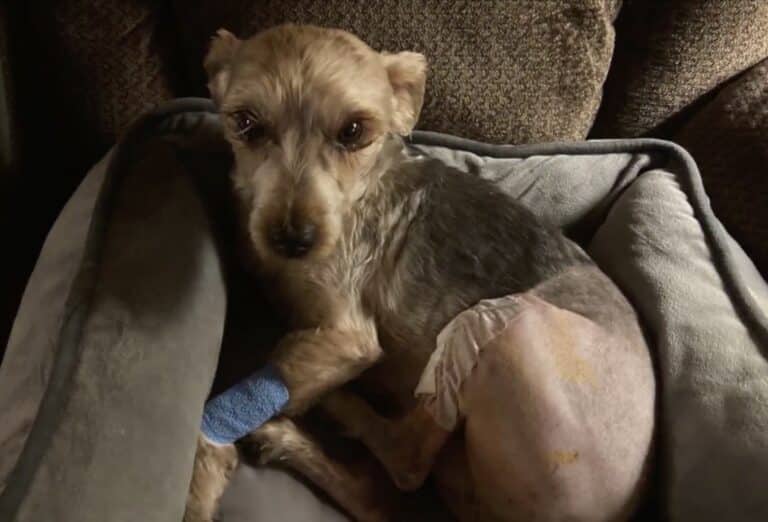 Military Dog Gets Reunited With His Former Handler, And Their Reunion Will Get You In A Good Mood