The Internet always thirsts for something new, refreshing, and entertaining. And while countless people are trying to bring their own “new” thing to the web every day, not all of them can achieve the fame they are dreaming of.

While it’s a fierce battle for uniqueness and attention, one dog owner tried to share his Golden Retriever’s talent with the world. 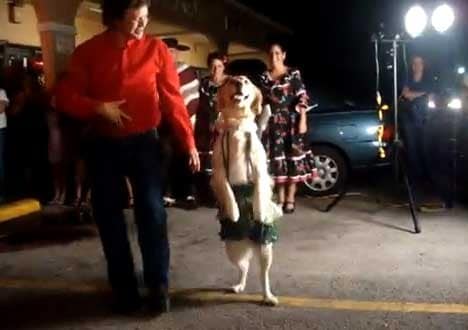 A video that’s been making a lot of buzz on the web today shows Jose Fuentes, a pet owner, dancing salsa with his beloved Golden Retriever named Carrie. Carrie’s dancing abilities were so impressive that her salsa video has already been watched 4 million times — and is still counting!

Fuentes and Carrie have already been dancing for years, but both of them were catapulted into fame when they appeared on a Spanish talk show where they showcased their talent. Since then, the duo has slowly but surely climbed into stardom, and more and more people are becoming aware of their entertaining Salsa.

A lot of people can’t help but be amazed by the Golden Retriever’s dancing skills, from her sense of timing, her grace, and her harmony with her beloved owner. 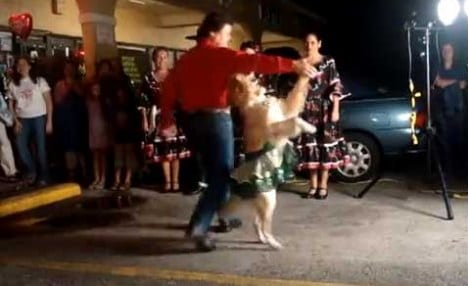 Fuentes has obviously trained her well as she never fails to entertain everyone whenever she dances. Like in their other entertaining video, Carrie can be seen wearing a green sequined outfit with gold lining to complete her ‘salsa look.’ And of course, just like in their other performances, they have never failed to ‘wow’ their audience.

The duo has been so good at what they are doing that their fans have started an online campaign to bring them to the world’s biggest dancing platform in the United States — Dancing With The Stars. Seeing the duo in this top-rated dancing show would be a terrific episode to watch!

With this, Carrie should brace itself for imminent global fame that would impress the best dancers in the world and her fellow dogs as well. 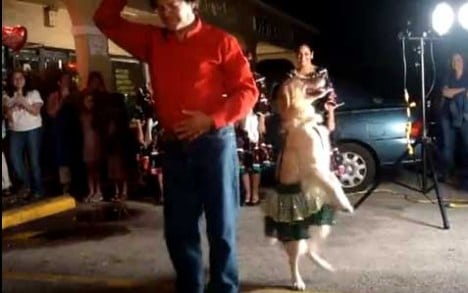 Puppy Attacked By A Bigger Dog Gets A Second Chance At Life, And Sheâs Loving It