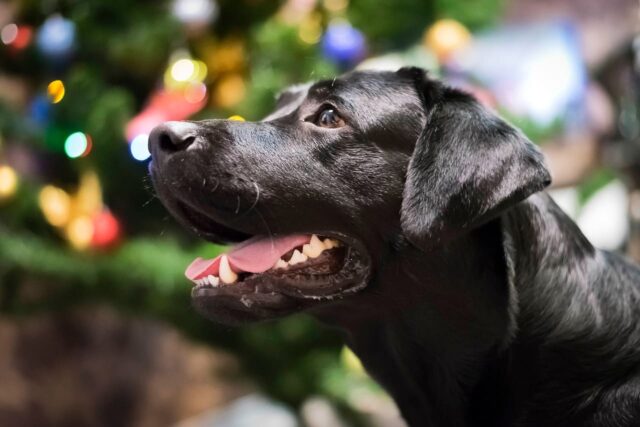 A months-old, black Labrador-Golden Retriever mix puppy named Ranger is the newest star on ice and addition to the Pensacola Ice Flyers, a professional ice hockey team of the known  Southern Professional Hockey League. And the stout, rambunctious pup who has the personality of a true-blood ice hockey player is ready to take on the challenge.

Ranger is a service dog-in-training provided by the non-profit organization Canine Companions who match service dogs to people in need. He would be joining the ice hockey players in their various team activities and will also be attending their games as well. And fittingly, the pup will be raised and trained by Weston Cramer, a U.S. Army Ranger himself, and LeAnne Pickering who are both Pensacola residents.

Ranger arrived just before Christmas and is planned to have a public debut appearance on the ice this January. The pup has already visited the Pensacola Bay Center, been on the ice, and has also bonded a bit with the ice hockey players. 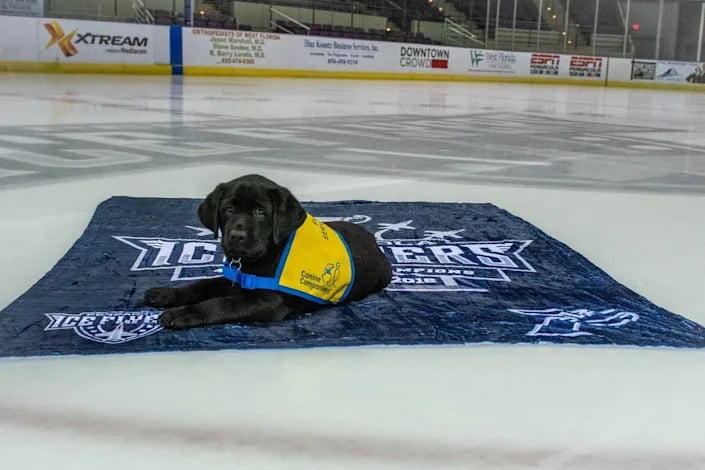 This appearance is not only meant to introduce Ranger to fans and supporters but to also train him in acclimating with a large crowd. This is the same method that the Pensacola Blue Wahoos, a Minor League Baseball team, uses in training their service dog-in-training named Bubba Watson. And of course, the whole community is excited to finally meet the adorable pup.

Ranger will stay with the team this season and the following as well as their representative in promoting and calling attention to Canine Companions and the need for service dogs. He will be trained by Weston and LeAnne before he moves on to advanced professional training which is actually the last step before becoming a full-fledged service dog.

You can follow Ranger’s progress on the team on their official social media pages. So stay tuned.