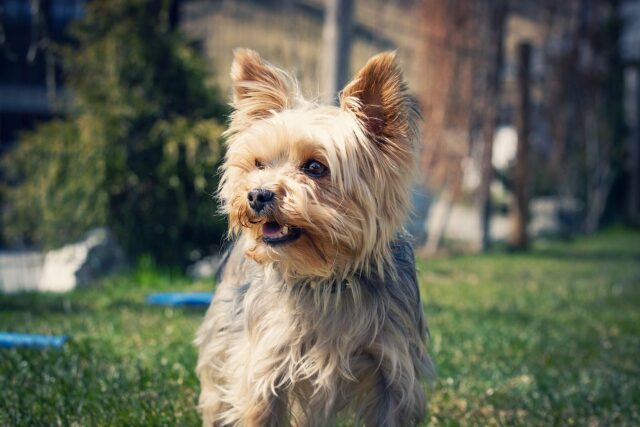 When you adopt a dog, it’s like becoming a parent. You would start treating your dog like your own child. You do everything for them like feeding, bathing, training, and taking care of them. So like any other parent, you would do everything to make sure your baby is perfectly well.

A 17-year-old girl named Hailey Morinico had recently risked her life to protect their three family dogs when one big bear showed up at their house. It was a quick turn of events when she saw their dogs running outside the door and barking out loud and to her shock, a bear was climbing over their wall. 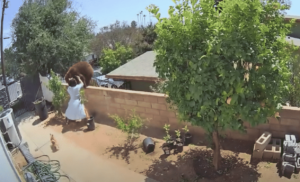 Hailey didn’t have the chance to register what was happening. But all she knew was that she needed to keep all their dogs inside the house. She quickly sprang into action when the bear started pulling up Victoria, their Yorkie, over the wall.

As she saw this, Hailey didn’t think about her next steps but she ran towards the doggo and came face-to-face with the bear. She started pushing the bear off their wall and as soon it lost her balance, Hailey picked up Victoria and ran inside their house together with the rest of the dogs.

When they were finally safe inside their house, Hailey was shaking so much as she started to realize that she just pushed a big mama bear to save their dogs’ lives. The whole scene was captured through the security camera installed in their house and thousands of people online were amazed at Hailey’s bravery. 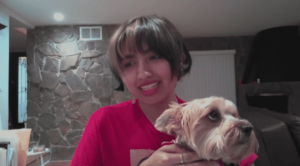 Hailey said that she wasn’t able to think clearly at the moment but luckily, she was able to rescue their doggos. She couldn’t imagine if they have lost Victoria, who was her mom’s emotional support dog. She just knew that it would be very painful for the whole family, especially for her mom.

Experts said that Hailey was very lucky that the bear didn’t try to hurt her despite pushing her off the wall. Hailey only suffered a sprained finger from pushing the bear away. Other than that, she sure is perfectly fine and safe, as well as their three healthy dogs.

Puppy Attacked By A Bigger Dog Gets A Second Chance At Life, And Sheâs Loving It